A slow renaissance for art auctions

A slow renaissance for art auctions


A painting by an anonymous Joseon Dynasty (1392-1910) artist depicting a cat triumphantly holding a bird in its mouth appears on the big screens at the Seoul Auction headquarters in Pyeongchang-dong, central Seoul last Thursday.

The charming piece, called “Cat,” is part of the “My First Collection” session during the quarterly local auction for the nation’s top art seller. Even more charming is the starting price.

But it doesn’t stay there for long.

Immediately, bidders’ numbered plates fly into the air. Soon the auctioneer says, “Now, 20 million won. Anyone will offer .?.?. Oh, 22 million won there,” as proxies for telephone bidders shout in hurried voices. The auctioneer finally lets the hammer fall, saying, “Sold for 31 million won.” Some laughs and applause break out among the bidders.

The auction house had estimated this painting would go for just 1 to 2 million won.

As it turned out, Cat saw the biggest gap between initial estimates and ultimate purchase price at the auction. But there was fierce competition for other “My First Collection” pieces too. The session featured smaller pieces by renowned contemporary artists and works by anonymous Joseon painters and targeted beginning collectors.

If Seoul Auction underestimated demand for these supposedly “lower-priced” works, it slightly overestimated the prices of some important paintings in the main session.

“Untitled,” an aluminum structure by the American minimalist artist Donald Judd, sold for 1.16 billion won, the highest closing price of any piece at the March 11 auction. But even that fell short of the house estimate of 1.2 to 1.5 billion won. Of the five paintings by Kim Whan-ki - a modern artist beloved by Korean collectors - put up for auction, all sold. But the highest bid received for any one of Kim’s pieces, 900 million won for the abstract oil painting “11-II-70,” was also lower than the estimate of between 1 and 1.2 billion won.

Though Seoul Auction may have been disappointed with the prices on the big-ticket items, still, 74 percent of the pieces on sale on March 11 found owners, up from 67.5 percent for the December auction, the company said in a statement. Total winning bids also surged 33 percent to 5.6 billion won including commission fees, from 4.2 billion won in December.

“The popularity of the ‘My First Collection’ session shows that the range of art collectors in Korea is widening,” said Jun Lee, co-chief executive officer of Seoul Auction, saying it indicated a change from the old idea that art was a luxury for only the very rich.

“And the sales of major artists’ works in the main session were not bad,” he continued. “The art market is gradually recovering after bubbles burst in the global financial crisis.”

K Auction, the other of Korea’s two major art houses, held its quarterly auction on the previous day, March 10. Seventy-three percent of its stock sold, a negligible change from 73.5 percent at its December auction, while total winning bids reached 4.8 billion won, up from 2.9 billion won. The company also boasted that sales had doubled since the March 2009 auction, when the wounds of the financial meltdown were still fresh.

Most of the winning bids for major artworks in K Auction’s event were near company estimates. The oil painting “Women” by Park Soo-keun, another favorite modern artist of local collectors thanks to his work’s unique, rough texture and thick layering of paint, went for 850 million won after an estimate of 750 to 900 million won.

“From Line” by Lee U-fan, a pioneer of Korean abstract art, sold for 95 million won, also in the auction house’s estimated range of 90 million to 130 million won. 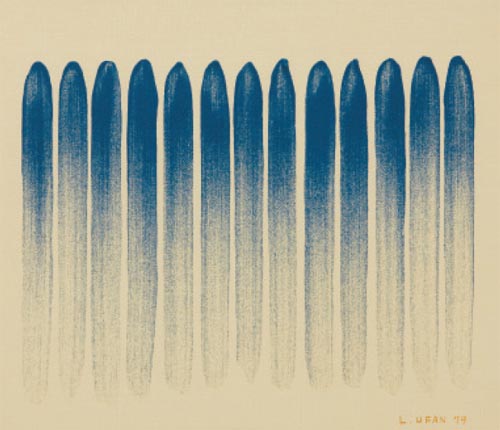 But it’s fair to say the auction’s headline item was an oil painting by the French impressionist Pierre-Auguste Renoir, “La Jeune Femme au Chapeau Rouge” (“Young Woman in a Red Hat”). It sold for 600 million won, right in the middle of the auction house’s estimated range. Asked why a piece by the world-famous Renoir would sell for less than one by Park, who is less known outside of Korea, K Auction CEO Kim Soon-ung said, “In each country, there exist artists specially favored by the art collectors of that country.”

Two items that once belonged to the Joseon royal family, which attracted great attention even before the auction, both sold. 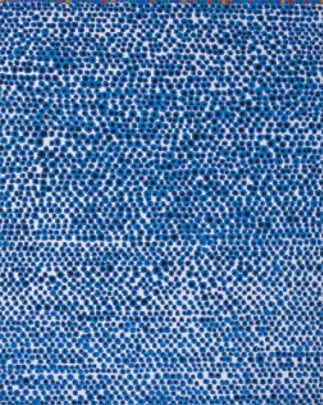 A golden pocket watch produced by the Swiss watchmaker Vacheron Constantin and once owned by Emperor Sunjong, the last Joseon monarch, was auctioned off for a bid of 125 million won, higher than the auction house’s estimate of 50 million to 100 million won. A packet of eight letters written by Sunjong’s mother, Empress Myeongseong, and the six envelopes in which she sealed them, were sold for 50 million won, at the lower end of the auction house’s estimates.

“Now that the range of art collectors has broadened, there are many collectors who are prepared to buy art pieces at any time their prices decline,” Kim said, “Such collectors have begun to actively buy since late last year.”