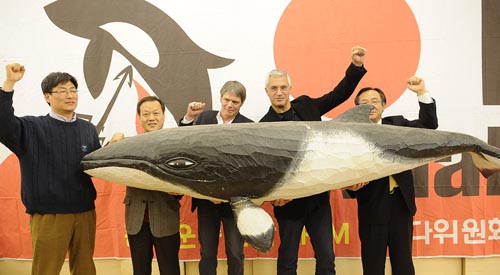 Filmmaker Louie Psihoyos, second from right, discusses his new documentary “The Cove,” an account of dolphin abuse off the coast of Taiji, Japan, and calls for protection of dolphins at a press conference yesterday at the Korea Green Foundation. The Cove won the Best Documentary Feature Film award at the 82nd Academy Awards. [NEWSIS]