[Viewpoint] A future fueled by hopes and dreams

[Viewpoint] A future fueled by hopes and dreams 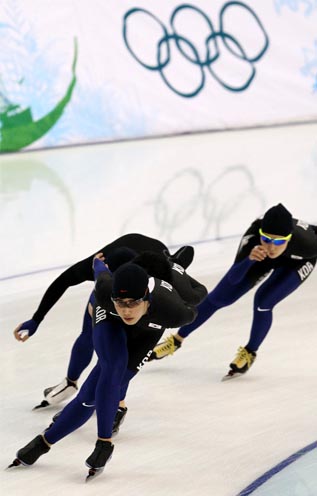 Behind the Korean advance in the Winter Games were athletes and families who raced toward their dreams. By Im Hyun-dong

A new school year has started on campus. In the glow of students’ eyes, I am reassured of the country’s bright future. Hope never ceases to ebb in Korean society, even amid a weak job market and economic uncertainty.

When I was in Japan for the winter break, I watched a TV program that delved into why the country’s younger generation seems to lack spirit and inspiration. A Japanese writer said on the show that the youth have no hopes or dreams.

Younger Japanese on the program said they have no interest in trips abroad, big houses or cool cars. Traveling is a hassle, they said, and there is no place that is more convenient and comfortable than their homes in Japan. Owning an expensive car and spacious home requires a lot of effort, which they prefer to avoid.

While watching the program I began to worry about Japan, as it seems the younger generation is listless and lacks motivation. There is no trace of the characteristics of youth such as adventure, curiosity, patience, fortitude and perseverance.

Youth are said to mirror a country’s future. A plentiful and wealthy country may have robbed the younger generation of its dreams. The TV program concluded that younger Japanese today highly value stability in life. But job insecurity has become ubiquitous in the country, forcing many people to constantly refocus and readjust.

In an economic context, Korea’s situation is no better than Japan’s. College graduates face a bleak future with a rapidly thinning job market. Yet the young people are different. They dare to dream. And because they dream, they have the hope and courage required to successfully ride out the storm. Commercials carry catchphrases like “Dreams come true” and “I have a dream.” They reflect the idea that Koreans are at their best when they’re struggling against the odds.

The country’s history is made up of efforts to reach bigger and better goals. British historian Arnold Toynbee, who studied the rise and fall of civilizations, concluded that a civilization without hope is doomed. Korea is a civilization with dreams and ambition, a society that confronts challenges in order to achieve its goals.

The extraordinary medal count in the recent Vancouver Winter Olympic Games is one example. Young athletes from Korea endure some of the most strenuous training methods on the globe - all to attain their goals and surprise the world with their stunning performance. These athletes and their families raced to fulfill their dreams without fear and regret. Such fortitude combined with top-notch technology has helped Korea become a sports powerhouse.

Passion for education has also been a driving engine behind the country’s climb. There are few Koreans who did not pore over books for 10 hours a day while in high school. Families devote all their attention to high school seniors, and their children somehow endure a horrendous amount of work and competition to enter college. When this type of die-hard spirit is incorporated into sports, top athletes are born, as witnessed in Vancouver.

Many outsiders are critical of the country’s obsessive and zealous pursuit of education. But if the country builds on the merits of persevering through a tough school life, it will march ahead to reach the pinnacles of various fields.

If the young population loses hope, the country’s future darkens. As long as the spirit is acute and the youth have hope and a sense of adventure, neither an individual nor a country can fail.

Toynbee said “The most likely way to reach a goal is to be aiming not at that goal itself but at some more ambitious goal beyond it.” If we aim higher and put in our best effort to attain these goals, there is no limit to where we can go.

*The writer is a professor of Japanese studies at Sejong University.
Translation by the JoongAng Daily staff.