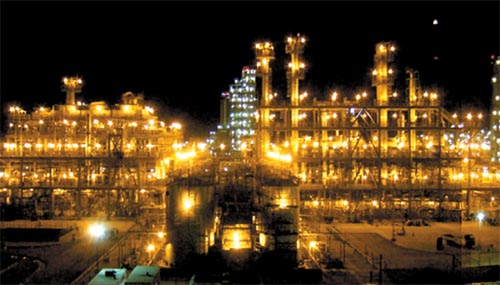 Hanwha Engineering and Construction has made tangible strides over the past few years in developing an international market for its power plants and process engineering technology, leveraging its experience in these areas domestically to win business overseas.

The company’s international business strategy revolves around two key words: “selection” and “concentration.” Hanwha E&C has decided to focus its overseas efforts on the Middle East and North Africa, which the company sees as highly strategic markets. It plans to establish branch offices in Saudi Arabia, the United Arab Emirates and Algeria to strengthen its network in the regions and help cement new contracts.

The company completed a $219 million project for Arabian Amines Company in Saudi Arabia last month. In October, it is scheduled to wrap up construction of a power and fresh water plant in the country. That project, which started in 2007, is worth roughly $280 million.

The company also received orders to build a $400 million refinery in Algeria as well as a $750 million power plant in Saudi Arabia and a $200 million gas turbine plant in Jordan. These contracts have helped make Hanwha E&C a well-known name in the global market for power plant development. The company plans to expand further expand overseas by tapping areas like Kuwait, Asia and South America, using the Middle East as its base. Along these lines, Hanwha E&C expects that international projects will account for roughly 30 percent of its total business by 2012, which will make it a major player on the global scene.