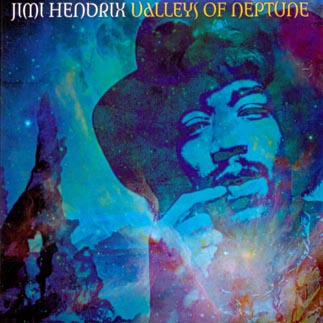 Jimi Hendrix is to rock guitar what Ferrari is to sports cars: cool, classic and standard-setting. The dozen tracks featured on “Valleys of Neptune,” his latest posthumous record, prove Hendrix’s worth once again.

Hendrix, who died in 1970, has had 11 studio albums released posthumously, compared to the three that came out while he was rocking socks off of every guitarist in the late 1960s. And most of the tracks here were recorded in that heyday.

The disc opens with the groovy “Stone Free.” The soft-sounding lead single “Valleys of Neptune” would have made a good radio hit back in the day.

Hendrix’s instrumental cover of Cream’s “Sunshine of Your Love” features gritty riffs and bluesy, piercing solos - in other words, traits that define Hendrix.

Compared to other tracks, the delightful instrumental “Lullaby for the Summer” is almost a dance number. Here’s hoping there are still more to come from Hendrix.