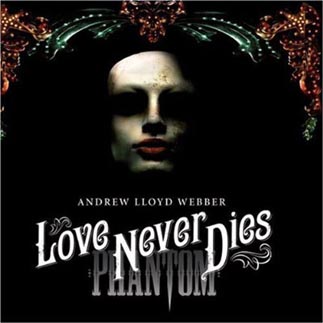 It may sound like a volume in the 007 series but it’s actually the follow-up to Andrew Lloyd Webber’s 1986 smash-hit musical, “Phantom of the Opera.”

In less than a month after the musical’s initial showcase in London on March 9, the Universal Music has unleashed its soundtrack here for the hundreds of thousands of Korean Phantom fans.

Overall, the tracks are much perkier and lighter and less classical than Phantom - probably because the story is set in Coney Island, not Paris, and 10 years after the original. “The Coney Island Waltz,” the main theme whose variations are delivered throughout the two-CD album, does a good technical job mixing eerie and lyrical melodies, but it isn’t catchy enough to make you croon even when you are not listening. “Till I Hear You Sing,” starts with the intro from Phantom and develops into the most beautiful and heart-breaking number on the album. But regrettably, the sequel doesn’t carry universally appealing scores like “Think of Me.”