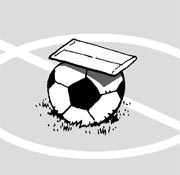 Competitions were frequently fixed in the Olympic Games of ancient Greece. Athletes bribed judges to get a place in the competition and then manipulated results so they could win. If the referees discovered that they cheated, they had to give money to build a statue of Zeus as a punishment. It is said that these statues lined the route to the Olympics stadium during the Greek era.

The Roman Emperor Nero was one of the most well-known cheaters in the games. He went so far as to delay holding the Olympics for two years on the grounds that he was unable to take part in the games because of his busy schedule.

Nero traveled to Greece to compete in the Olympics and took part in 1,808 musical and chariot competitions. He won all 1,808 of them.

Nero actually took part at the 211th Olympiad’s tethrippon race, driving his own unique 10-horse chariot, but was thrown off during the race. He was helped back onto the chariot by spectators, but failed to finish the race because his horses became overexcited and threw him off once more at the Taraxippos turn.

Despite not finishing, Nero was declared the winner. The emperor’s successor, Galba, revealed that Nero had paid a huge bribe to the Olympics judges to win the race.

The mad Roman emperor Caligula was more interested in violence than winning athletic competitions. He pitted gladiators against animals in brutal battles of physical strength. If people questioned his methods or his selection of champions, he whipped them with chains.

Of course, people who want to manipulate game rules or fix competitions are more stealthy today.

Economists at the University of Innsbruck studied manipulation in football games during the 2000-2001 season in the German Bundesliga and local leagues.

Last week it was revealed that a former football coach at Korea University habitually bribed referees to fix games. It is believes that he manipulated nine matches in his team’s favor during the 2008-2009 college football season.

He paid referees some 15 million won ($13,230) in return for manipulating regular matches against Yonsei University. A football coach at Yonsei once angrily protested the referees’ obvious bias, but was ordered off the field.

It is unbelievable and disheartening to hear how far corruption has tainted friendly football matches organized between schools.