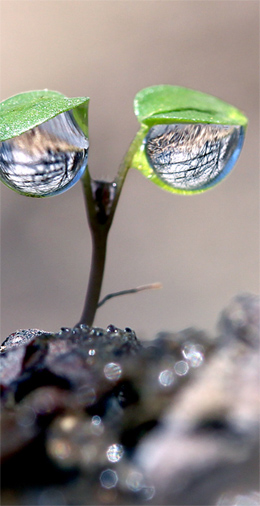 Today is World Water Day and by some accounts, Korea is not living up to its promise.

For the past decade, the government spent a total of 31 trillion won ($27.2 billion) for water quality improvements nationwide, but water in the major rivers across the country is actually worse than it was five years ago.

According to a Ministry of Environment report released Friday, at the Paldang Dam, which supplies water to over 20 million inhabitants in the Seoul metropolitan area, biochemical oxygen demand - or BOD - was 1.3 parts per million last year, just 0.1 ppm less than in 2000. That falls behind the BOD target of 1.0 ppm which was set by the government in 2005.

BOD is a measure of the uptake rate of dissolved oxygen by organisms and is considered an important factor in determining water pollution. A low BOD level of 1 ppm or 2 ppm means there is not much organic waste in the water supply, whereas a BOD of 6 ppm or higher means that the water supply is polluted.

For the past five years, the Paldang Dam has consistently lagged behind the government’s target BOD.

“The pollution rate of BOD of rain water from parking lots and houses that flows into the Paldang Dam is normally between 20 and 30 ppm, but the rate goes up dramatically to between 80 and 90 ppm when pollution is severe,” said King Jong-su, a researcher at Gyeonggi Provincial Government’s Research Institute of Public Health and Environment.

Kim said considering only water that has a BOD below 10 ppm after purification at sewage treatment plants is permitted in Paldang Dam, rain water that gets into Paldang Dam pollutes the dam’s water quality.

Though Paldang dam’s biochemical oxygen demand has remained between 1.1 and 1.3 ppm since 2005, its chemical oxygen demand (COD) was measured at 4.0 parts per million on average last year, up from 2.9 in 1999. The rise in COD demand indicates the amount of organic pollutants had grown, Kim said.

COD is a measure of organic compounds in water. If there is too much oxygen in the water, it is difficult to eliminate pollution during the water purification process. Experts warn that carcinogenic material could be created during water purification when purification materials mix with pollutants.

Other experts say the government should focus on water quality improvement.

“The government should try to eliminate nitrogen on forest and farming lands because nitrogen creates phytoplankton and pollutants when it mixes into rain water that flows into dams,” said Kim Beom-cheol, an environment professor at Kangwon National University.

Kim Yeong-hun, an environment ministry official said plans to toughen the oxygen regulations will be phased in in stages starting in 2012.

World Water Day was first established at a 1992 UN Conference on Environment and Development with the goal of ensuring that all people have access to a clean water supply.