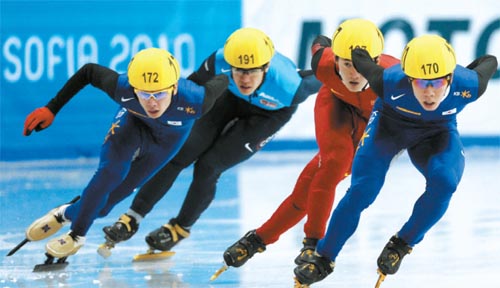 Lee won the gold medal ahead of his teammate Kwak Yoon-gy, left, and J.R. Celski of the United States, second from left.

Korea clinched the two individual titles as well as relay honors as the world short-track championships came to an end in Sofia on Sunday.

Double Olympic silver-medal winner Lee defended the men’s title he won in Vienna in 2009, finishing ahead of compatriot Kwak and China’s Liang Wenhao.