Ex-minister to officiate at stars’ wedding

Ex-minister to officiate at stars’ wedding 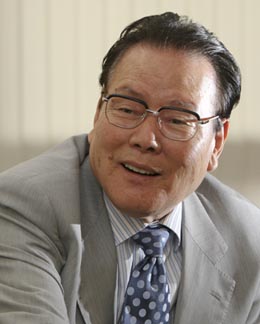 The wedding march of two of Korea’s top stars, Jang Dong-gun and Ko So-young, is nearing. Ever since the official announcement of the couple’s wedding date and location, everything from what dress the bride will wear to who will officiate has been a matter of common interest among many Korean fans.

The answer to one of those questions is now clear. According to AM Entertainment, Jang’s agent, “former Culture Minister Lee O-young will officiate at the couple’s wedding, which will be held in private on May 2, at The Shilla hotel.”

The former minister, who currently functions as an adviser for the JoongAng Ilbo, the JoongAng Daily’s sister paper, is the father of Lee Seung-mu, who directed the Hollywood film “The Warrior’s Way.” The groom stars in the movie, which is scheduled for release next month, which explains the connection between Jang and Lee.

Lee has officiated for a star couple before, back in 2007 at Yoon Tae-young and Im Yoo-jin’s wedding.

Actor Park Jung-hun, who is one of Jang’s best friends, will usher guests at the wedding.