Finale sends viewers through the roof

Finale sends viewers through the roof 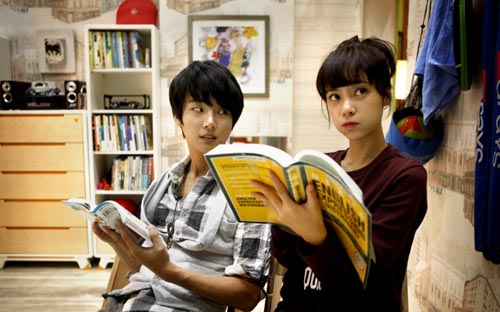 “High Kick Through the Roof” touched upon the everyday lives of 12 characters, and the complicated relationship of four young actors particularly attracted public attention. Yoon Si-yoon (top left) played a rebellious teenager with a crush on housekeeper Shin Se-kyung (bottom left), while Hwang Jeong-eum (top) acted out a clueless shopaholic college student dating the surgeon played by Choi Daniel (bottom). Choi’s character realized his feelings for the housekeeper in the last episode of the sitcom. In the tragic ending, Choi and Shin’s characters died in a car accident. Provided by MBC


If you judge the popularity of a TV show by the number of rumors it spawns or viewer comments it generates, MBC’s family sitcom “High Kick Through the Roof,” which came to an end last Friday, is still No.1.

After its unexpected tragic ending, in which the leading male and female characters died in a car accident, viewers constantly posted comments and shared their thoughts. Some said MBC should make a second, happy ending, and others vented their anger at producer Kim Byung-wook, often dubbed a sitcom legend.

From Friday, when the last episode of the sitcom was broadcast, through Tuesday, more than 11,060 viewers visited the sitcom’s official Web site and left their comments on the board.

“Kim’s weird personal preference left many viewers, including me, shocked and dismayed. If a majority of viewers are hurt because of the ending, which was Kim’s brainchild, he should have sacrificed his own taste for the sake of viewers. I feel like I’ve been cheated,” wrote a viewer named Koo Ja-seop on Tuesday.

Some rumors claimed that Shin Se-kyung, a female character who died in the car crash, is a ghost, and one of the three co-writers for the sitcom is in a state of depression. MBC denied the rumors.

Another rumor swirled that Kim himself suffers from depression, and that’s what was behind the unhappy finale. But when asked about it, and about the public anger over the ending, Kim just laughed.

“Since there’s been all this criticism, I don’t think I want say much for now. So I canceled all my interviews with the press,” he said in a telephone interview. 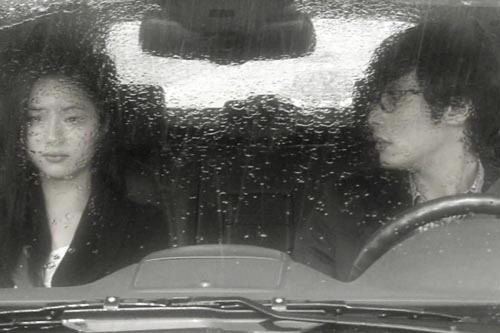 “I just want to take a break for the time being without thinking about my next project,” he added.

Over the past eight months, Kim and the actors and actresses shot the daily sitcom from 5 p.m. to 10 a.m. for three days a week, and spent another two to three days working outside the studio.

Despite heated discussion over the ending, the High Kick Through the Roof finale brought in a 23.8 percent audience share, the highest among the three shows airing on the major networks at the same time.

Kim, who mastered the sitcom form with 1995’s “LA Arirang,” 1998’s “Soonpoong Clinic” and 2007’s “Unstoppable High Kick,” made an equally strong mark with his latest show. Through the Roof created buzzwords, introduced new characters to Korea, and even poked fun at society in a nation where sitcoms are usually overshadowed by soap operas and gag shows.

Kim’s sophisticated description of the complex inner sides of different characters is second to none, and he is also known for transforming the images of his actors.

Seventy-six-year-old Lee Soon-jae had been widely known as a strict and authoritative father before he joined the sitcom, and Kim successfully turned him into a character who enjoyed watching pornography when his family is out.

The sitcom brought stardom to many budding actors and actresses, yielding contracts for TV commercials, dramas and films.

For example, Hwang Jeong-eum endorsed dozens of products including cosmetics, instant noodles, sneakers and alcoholic beverages - so many that her bank balance jumped to 2.3 billion won ($2 million) from 487 won in just eight months, according to news reports. She had previously worked in a pop group.