Twin brothers fall in love with the same woman.

One day, his identical twin Jin-ho (Yoo Ji-tae, in a double role) comes back to Korea after living overseas for some years, and his exact physical resemblance to her husband throws Yeon-yi into a state of confusion.

She and Jin-ho soon fall in love, and their dangerous relationship begins. Then Yeon-yi’s husband miraculously emerges from his coma, and things get complicated. 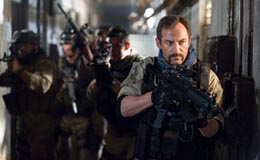 Following the American invasion of Iraq in 2003, Chief Warrant Officer Roy Miller (Matt Damon) and his men are sent to Baghdad to find weapons of mass destruction which they are certain have been stockpiled by Saddam Hussein. But when they figure out the targeted place is empty, they soon stumble across evidence of an elaborate cover-up. As the region grows increasingly unstable, Miller searches for answers among covert and faulty intelligence, and the truth becomes the most valuable weapon of all.

Priya Sethi (Shriya Saran), who works at the Citi One Bank Card call center in Mumbai and speaks with a perfect American accent, tells her customers her name is Jennifer David and she’s a native of San Francisco in order to indulge her infatuation with American culture. Then Priya calls the handsome and charming Granger Woodruff (Jesse Metcalfe) to help him with fraudulent charges on his credit card. As Priya and Granger feel an instant connection over the phone, they decide to meet in San Francisco, where their relationship blossoms as they share a romantic date.

However, Priya’s family arrives to bring their wayward daughter back to India and to the betrothed she left behind.

A film producer, Marie Jones (Anastasia Hille), who was adopted and sent to America, returns to her homeland, Russia, where her mother mysteriously died. Her only clue as to what might have happened is an abandoned farm her natural parents owned. She inherits the place and asks others to guide her there, but the locals are unwilling; the only one who will is a man who knows about her family story. Once they arrive, the guide mysteriously disappears, forcing Marie to explore the derelict property alone. Soon, she meets Nikolai (Karel Roden), who claims to have been lured there in a similar fashion, and they begin to see wandering ghosts - their own ghosts. The two become stranded in the immense compound. 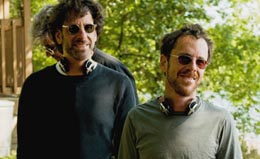 Directors Joel and Ethan Coen tell the story of an average Joe who is on a search for clarity in a universe where it’s still year 1967. Larry Gopnik (Michael Stuhlbarg) is a physics professor at a university in the U.S. Midwest. His wife Judith (Sari Lennick) has told him that she has fallen in love with one of his acquaintances, Sy Abelman (Fred Melamed), and she’s leaving him. Larry sees his life going downhill and he begins to seek advice from three different rabbis to help him cope with his problems and become a serious man.

A somber-looking man named Solomon Kane (James Purefoy), who aimlessly wanders the world as a mercenary for Queen Elizabeth I, meets the Devil Reaper and discovers he’s bound for hell.

After barely escaping from the devil, he swears off of violence, atones for his sins and finally seeks out redemption in a peaceful life. While he changes his life, Kane befriends a Puritan family led by William Crowthorn (Pete Postlethwaite). When Crowthorn’s daughter Meredith (Rachel Hurd-Wood) is kidnapped, and the whole family is brutally slaughtered by the followers of a renegade priest-turned-sorcerer, Kane is forced to take up arms and return to his violent ways to rescue Meredith. A war that redeems the world and Kane himself has begun.

A Japanese reporter in Thailand, Hiroyuki Nanbu (Yosuke Eguchi), learns about a plot to illegally traffic a Japanese girl’s organs. Shockingly, the organs will be taken from a healthy, living child. Nanbu decides to cover the case, and in the course of his investigation he meets Keiko Otowa (Aoi Miyazaki), who works at a social welfare facility in Thailand to help children in Asia.

Both Otowa and Nanbu start out together to find the missing girl.