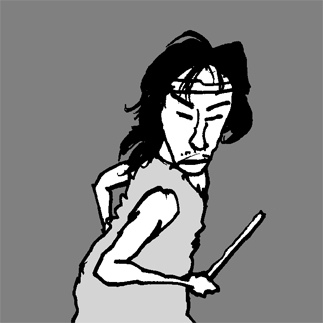 The annals of the Joseon Dynasty tell the story of the wrath of King Sukjong. On Dec. 13, 1684, the king was enraged because several retainers made requests for leniency when a jipyeong, Jung Jaesun, was on the verge of being sentenced to death for murder.

Jipyeong, a government civil servant, was not a high rank, but those in the position were important enough that they could even impeach a minister. Jung was a promising official in his 30s who rose to that post just three years after passing the state examination.

Jung was accused of murder because of chuno, the duty of catching runaway slaves and returning them to their masters. In 1683, as a member of the group that hauled in slaves, in the process of arresting two slaves he caught two other slaves and a civilian. He beat them with a stick while he was drunk, and ended up killing them. After a heated discussion about abuse of public authority, Jung was barely spared his life and banished.

Sukjong repeatedly regretted not having sentenced Jung to death. Twenty-four years later, in 1708, he lamented that the application of the law was not fair.

“Ever since Jung Jaesun there have been no records of noblemen being sentenced to death for murder. Does this mean noblemen are not committing crimes because they are afraid of the law, or that the law is afraid to approach them?” he asked.

The last episode of the popular KBS 2TV drama “Chuno” aired on March 25. The drama is set in the 16th century when Injo was king, but records of slave hunting actually continue throughout the 500 years of the Joseon Dynasty.

We can tell that arrest and return of escaped slaves was a key factor in maintaining class order at the time. When Hyojong was king, confusion was caused in the class system because of the back-to-back Japanese invasion and Manchu war, and that’s when specialized slave bounty hunters appeared.

However, there were drawbacks to allowing the profession. King Jeongjo abolished the law and said about slaves, “They are the same as animals because they are bought and sold considering family and age, and are like land because their sons and grandsons are divided here and there. They have no place to go between heaven and earth because they cannot marry aristocrats and are hardly considered people. Is it reasonable that the heavens made people like this? I have endless of pity for them.”

The more you look into records related to catching slaves the more you appreciate that even in an age where differences of status and class were considered natural, there were rulers who thought hard about the equal application of human rights and the law.

It is no coincidence that the 18th-century Joseon Dynasty was a period of cultural revival.

The writer is an appointed correspondent at JES Entertainment.