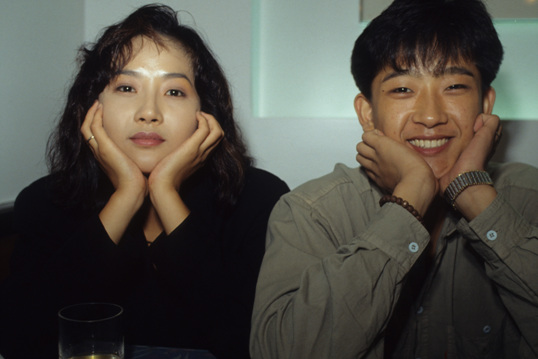 Choi Jin-young, the younger brother of late actress Choi Jin-sil, was found dead at his home yesterday after an apparent suicide, according to the Gangnam Police Precinct.

According Gangnam Police Precinct investigators, the 39-year-old Choi hanged himself in his apartment. His mother first found him and reported the incident to police and 119 rescue squad around 2:12 p.m. Choi was taken to Gangnam Severance Hospital for CPR treatment but was pronounced dead on arrival.

“No suicide note was found in Choi’s apartment,” an investigator with Gangnam Police Precinct said. “Some say he committed suicide after suffering depression, but that’s merely speculation. We’ll thoroughly investigate the case to determine exact cause of the death.”

An official at Mcloud Entertainment, the agency who represented Choi, said the agency is entirely shocked by the unexpected sad news.

"There were no signs of Choi feeling bad recently," the official said. “Choi last month signed a contract with us to make comeback on local TV shows.”

In an interview earlier this month, Choi told reporters that he decided to resume his work because he wanted to be a proud uncle to his 10-year-old nephew and 8-year-old niece, whom he gained custody of after
his sister’s death 18 months ago.

The singer and actor's suicide rocked the country as it comes only a year-and-a-half after his sister took her own life. Choi Jin-sil was one of Korea's most beloved actresses before committing suicide at the
age of 39, after suffering from depression.

She had reportedly been suffering extreme mental stress at that time amid widespread Internet rumors that linked her to actor Ahn Jae-hwan, 36, who also committed suicide in September 2008.

The rumors had claimed that Choi had loaned the actor 2.5 billion won ($2.2 million). Ahn killed himself apparently under pressure after a series of failing businesses led to mounting debt.