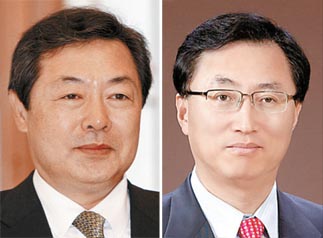 President Lee Myung-bak yesterday named his special political advisor Maeng Hyung-kyu to head the Ministry of Public Administration and Security, and Choi Joong-kyung, ambassador to the Philippines, as his top presidential secretary for economic affairs, the Blue House said.

Maeng, a former SBS television anchorman, entered politics in 1996 as a lawmaker for the 15th Parliament and he served as legislator for three terms from 1996 to 2008. Maeng failed to win his fourth National Assembly term but he managed to return to politics after President Lee appointed him special political advisor in 2008.

Choi, a veteran finance public service worker, served as deputy minister at the Ministry of Strategy and Finance.