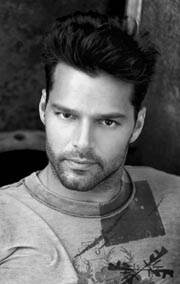 Ricky Martin, 38, is no longer denying the rumors: He’s gay. In a statement posted via Twitter in both Spanish and English earlier this week, and later confirmed by his representative, Martin said: ``I am proud to say that I am a fortunate homosexual man. I am very blessed to be who I am.’’

For many, the announcement came as no surprise; the ``Livin’ La Vida Loca’’ singer’s sexuality has been the subject of speculation for years. But the Puerto Rican star, who got his start in the teen group Menudo, never directly addressed it and was usually seen at events with beautiful women on his arm.

Martin said he decided to reveal the truth after working on his memoirs helped him realize that he had to be free with himself, and not keep any more secrets.