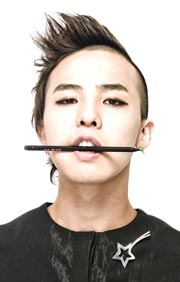 G-Dragon, a member of the boy band, Big Bang, released a live solo album on Tuesday. Titled, “Shine a Light,” the album was recorded during a solo concert last December.

The new album includes tracks from “Heartbreaker,” his August 2009 solo album, and songs from his early years at YG Entertainment.

The album’s most high-profile track features American hip-hop artist Flo Rida. When G-Dragon released the song “Heartbreaker,” he had been accused of plagiarizing Flo Rida. This version of “Heartbreaker” has new lyrics and beats to accompany Flo Rida’s rap.

Meanwhile, BigBang is scheduled to return this summer after a two-year break.