Keeping academia ahead of the curve

Keeping academia ahead of the curve 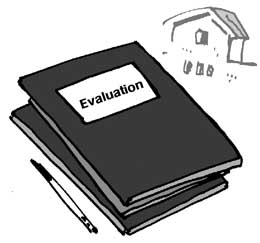 At Seonggyungwan, the foremost institution of higher learning during the Joseon Dynasty, the emphasis was on tests and evaluations. Every month, scholars at the institute, whose name was later appropriated by Sungkyunkwan University, were divided into top, middle and bottom, and took tests in those groups. The institution was strict and even had regulations for evaluations.

According to the book “History of Korean Education,” from the Seoul National University Education Research Institute: “In evaluations, a student who gives a smooth interpretation and demonstrates a deep understanding of the significance of one classic in relation to another earns an ‘excellent pass.’ A student who demonstrates deep understanding of one classic earns a ‘pass,’ while an accurate interpretation of one chapter of a classic earns a ‘satisfactory pass.’ An understanding of the point of one chapter but a lack of explanation earns a ‘low pass,’ and anything under a low pass merits punishment.”

This absolute evaluation system examined whether students had achieved the desired level and encouraged them to improve, but did not consider comparative rank.

During World War II, the U.S. Air Force developed a nine-level index called stanine, or Standard Nine. It was used to divide soldiers into groups based on their scores, and duties were assigned according to group.

Korea’s nine-level school grade system is based on the standards borrowed from the stanine scale. It uses a curved grade system, which makes it easy to see exactly where students rank among their peers.

However, there are also a number of cons. Above all, it is difficult to tell what individual students know. Therefore, the standard for what they should be taught and what they should learn is vague. The results of an evaluation depend on the group, so it becomes harder to help individuals improve, writes Sung Tae-jae in “Evaluation of Modern Education.”

French thinker Michel de Montaigne said, “Educating students who have different levels of achievement and characteristics in the same way can only end in nothing.” He meant that education is more effective when students are given individualized education based on information obtained through proper evaluations. That is why evaluations are so important.

The government is considering changing the curved grading system to an absolute evaluation system. It is hard to say whether the change will go through, but one thing is clear: Students are not part of a military operation. The right thing is to educate each student according to their situation, based on a proper evaluation.

There is no reason why we cannot adhere to a modern version of Seonggyungwan’s rules.