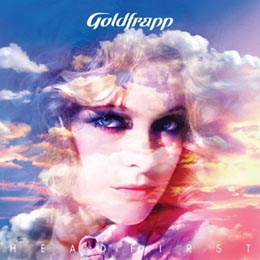 Strap on your sweatbands, leg warmers and leotard - bonus points if they’re in neon colors - it’s time for Goldfrapp.

When assigning this album for review, my colleague warned me that it was “really ’80s,” but as our current fashions of giant shoulder pads and American Apparel spandex prove, the decade wasn’t all bad.

Lush electric rhythms and scintillating synth pump these nine songs full of energy, perfect for a spin as the spring weather sets in. Actually, in my case, Allison Goldfrapp’s ethereal, slightly fuzzy vocals have proven ideal as a sedentary soundtrack drowning out the noise of the newsroom.

The music is a skillful amalgamation of the hippest artists in the electronic genre, as one track, “Shiny and Warm,” opens with beats reminiscent of Electric Light Orchestra, while others refer to Goldfrapp’s contemporaries like the Gossip and La Roux.

“Head First” is utterly unlike Goldfrapp’s usual indie style, but is just another example of why the ’80s are just as much fun the second time around.