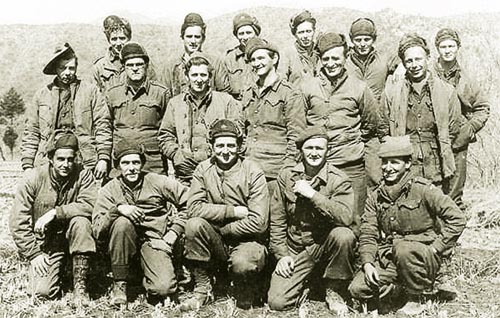 A French volunteer battalion, photographed here somewhere in Gyeonggi in February 1951, acquired a reputation for bravery despite its small size - just 400 men. Provided by Paik Sun-yup


Last week, General Paik wrote about a special unit made up of Chinese living in Korea that helped dispel myths about the Chinese forces.

UN forces started a strong counteroffensive on Jan. 15, 1951. Spearheading the operation was the 27th Regiment of the U.S. 25th Division, headed by Col. John H. Michaelis. One tank battalion and three artillery battalions supported the regiment, effectively forming a regimental combat team along with air and engineering support. A reconnaissance force mission was conducted in the general direction of Suwon in order to provoke a reaction from the enemy to gauge its strength. It was dubbed Operation Wolfhound.

As the regiment moved through Pyeongtaek and Osan and was heading toward Suwon it was clear that it had superior combat power. The enemy was busy hiding and shying away from the U.S. advance. Chinese forces were melting away into mountain areas in Yeoju. Sometimes there were sporadic encounters, but the Chinese forces were simply no match for the superior firepower of the fully supported U.S. regiment. Until then, the Chinese soldiers had been something of a legend to the U.S. commanders. With their flutes and gongs, the Chinese communist forces had always attacked at night, acquiring a spooky reputation among their enemies.

Now the same Chinese forces were being swept aside like autumn leaves with a broom. To the South Korean and other international forces under the UN Command, watching the US advance was undoubtedly inspiring. The Chinese were no longer cloaked in mystery. They had become a force that seemed vulnerable, that avoided head-on confrontation.

The operation also displayed the different style of Gen. Matthew Ridgeway, who had replaced Gen. Walton Walker. Walker, having served under General Patton, favored employing tank units in the front to smash through enemy lines and open up gaps for other units to follow. General Ridgeway deployed his units in a long line, while keeping gaps between the units to a minimum and favoring step-by-step advancements. This was a strategy employed with an eye to the Chinese expertise at ambushing. 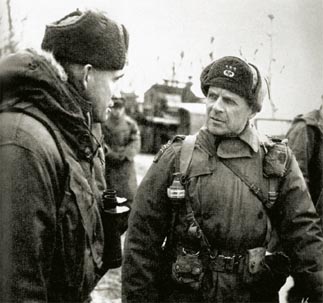 In February 1951, the U.S. 1st Corps, to which the ROK 1st Division belonged, was heading toward Seoul. Elements of the corps took various routes to the capital, but the Chinese chose to avoid a battle on flat ground and moved all their main forces to mountain areas, from which they launched their operations.

One of the targets was the area where the U.S. X Corps operated. But the rules of engagement for the Chinese were clear: Target the South Korean units that had weak artillery and logistical support compared to the U.S. units. The X Corps was comprised of the U.S. 2nd and 7th divisions and the South Korean 5th and 8th divisions. The commanding officer was Gen. Edward Almond. General Almond had placed the ROK 5th Division on the right and the ROK 8th Division on the left side of his advance, while the 2nd and 7th divisions were placed right behind them. The U.S. forces had planned a grand offensive against the Chinese for Feb. 15, but the Chinese launched their own pre-emptive attack on Feb. 11, hitting primarily the advancing South Korean units.

Looking back, the decision by General Almond to place the weaker South Korean units at the tip of the U.S. advance was hard to understand. According to a battle report the X Corps filed in 1951, the ROK 8th Division lost 323 officers and 7,142 soldiers.

After pummeling the South Korean units, the Chinese turned their attention to the U.S. 23rd Regiment, which was jointly operating with a French volunteer battalion. In the ensuing battle, two war heroes were born: Col. Paul Freeman, who commanded the U.S. regiment, and Lt. Col. Ralph MontClaire, commander of the French battalion. Freeman was the lucky officer who saved his units from sure annihilation by the Chinese at Kunu-ri. MontClaire was a veteran who had seen action in World War I and World War II. Originally a three-star general, he opted to demote himself to lieutenant colonel so he could see action in Korea. The French battalion was comprised of Marines and French foreign legionnaires, paratroopers and support units, roughly 400 in all. They had arrived on the Korean Peninsula on Nov. 29, 1950. Although small in size, this unit would earn its stripes throughout the Korean War as a tough unit.

These two units, defending a Jipyeong-ri base that had a circumference of 1.6 kilometers (1 mile) fought the onslaught of Chinese forces, which at times penetrated the defense perimeter, resulting in some gruesome hand-to-hand fighting in the trenches, for four days and three nights.

During the course of the battle, Colonel Freeman was severely injured. After initially refusing to leave the field, he had to be evacuated toward the end of the battle while the Chinese tried to subdue the allied forces by using a mixture of five divisions. The intention was to win at Jipyeong-ri and take command of the road that connects that village and Yeoju, effectively dividing allied forces to the east and west.

The U.S. 1st Cavalry, who had come to support the embattled units, ended up bringing enough firepower to repel the Chinese in the end. The battle at Jipyeong-ri was a major victory for the allied forces and a crushing defeat for the Chinese. Jipyeong-ri was flat land, and it proved that battles fought in open terrain were to the advantage of U.S. forces, which could muster greater firepower and mobility. The battle provided General Ridgeway an opportunity to push further North.