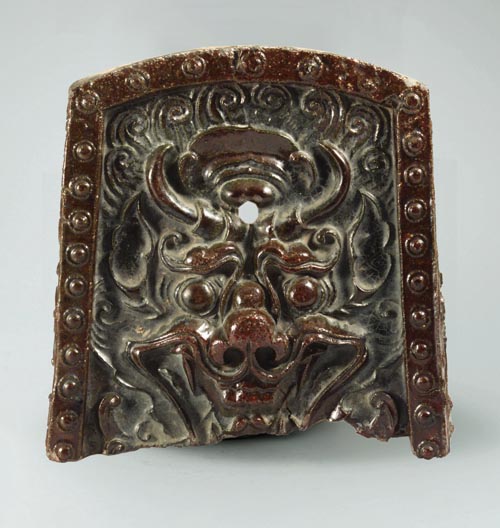 This roof tile was used by the people of Unified Silla (668-935) to ward off evil spirits and disease. It is decorated with the head of a beast and it has two horns sticking out of its forehead, fierce eyes, a large upturned nose and sharp dog teeth.

The tile is one of a group of tiles with goblin or dragon designs that were placed at the end of the ridge of a roof. The tiles were hung from a hole in the middle of the beast’s forehead or from a hook at the back of its head.

The tile was found in Anapji, an artificial pond built in 674, and located in the east palace, which was home to the Silla crown prince. In addition to roof tiles such as this one, thousands of artifacts have been excavated at the site, including pots and tools.