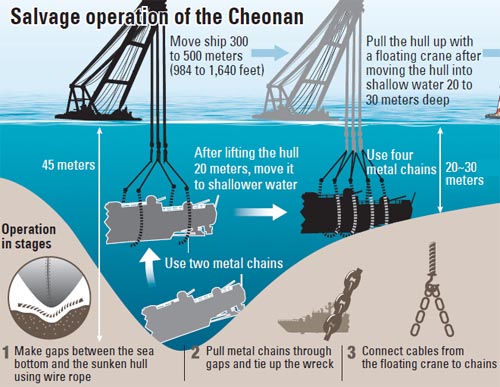 United States experts are scheduled to visit South Korea as early as next week to help Korean investigators determine what caused a naval ship to split in two and sink near the maritime border in the Yellow Sea.

“I believe technical support from U.S. experts will be helpful in carrying out a balanced analysis of the incident,” Lee said. “I would also like to take this opportunity to thank the U.S. military for its support in the rescue mission.” 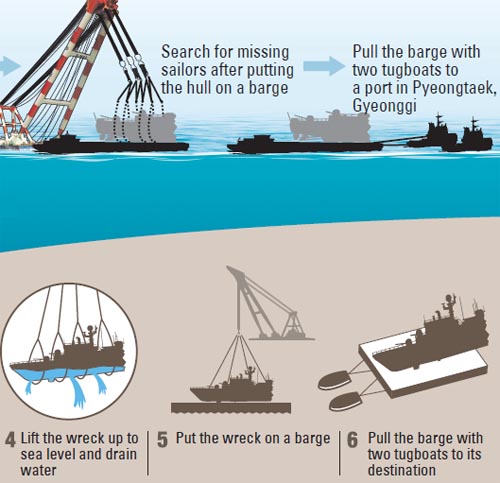 According to Yonhap News, Sharp said that the United States will continue to provide the equipment and manpower needed to assist the efforts, and that it is important to continue close coordination as the operation transitions from an underwater rescue to a salvage mission.

The Joint Chiefs of Staff said the U.S. team is composed of experts studying naval weapons and maritime disasters at the Naval Surface Warfare Center in Maryland, and experts researching explosives at the Army Materiel Systems Analysis Activity also in Maryland.

“As far as I know, the United States will provide technical assistance, such as estimating the weight of the sunken hull from floating cranes,” Commodore Lee Gi-sik, chief of information operations at the Joint Chiefs of Staff in Seoul, said during a media briefing. “They are also going to collect wreckage debris on the sea bottom and search for missing sailors.”

Experts said that Seoul can take advantage of U.S. advanced technology. In addition, Seoul will be able to ensure the objectivity of the investigation. It can also demonstrate the strength of the South Korea-U.S. alliance in case North Korean involvement in the incident is confirmed, experts said. 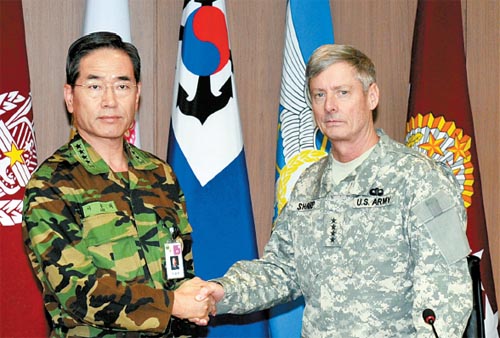 An unidentified military expert in Seoul said that the United States wants to determine the cause of the sinking to establish countermeasures to protect its own ships in case a North Korean torpedo attack was the cause.

In his biweekly radio address yesterday, President Lee Myung-bak said the government will probe the cause of the sinking thoroughly by looking into all possibilities.

“Rather than giving in to hasty judgment and indefinite predictions, we will do our best to reveal the cause of the sinking with precise evidence and definite facts,” he said. “Currently a joint investigation team composed of civilian experts and government and military officials are looking closely into the incident. Like in advanced countries, accuracy is what counts rather than speed in discovering the cause of major disasters.”

South Korea began work Sunday to salvage the Navy ship after ending its underwater search and rescue for dozens of missing sailors on board.

Families of the missing crew members asked the military to suspend the rescue operation on Saturday night for fear of additional casualties among divers, and as the chances of finding survivors grew increasingly unlikely after Saturday’s discovery of one of the 46 sailors’ bodies.

The body of Senior Chief Petty Officer Nam Ki-hoon, 35, was recovered at around 6:10 p.m. inside the petty officers’ dining facility in the rear section of the corvette.

The 1,200-ton Navy patrol corvette Cheonan sank on the night of March 26 after an unexplained blast split it in two near the disputed western sea border with North Korea.

Fifty-eight men were rescued at the scene. The 45 missing sailors are believed to have been trapped inside the stern of the sunken ship.

No cause has been determined for the explosion and, despite some speculation, there has been no confirmation of North Korean involvement in the sinking.