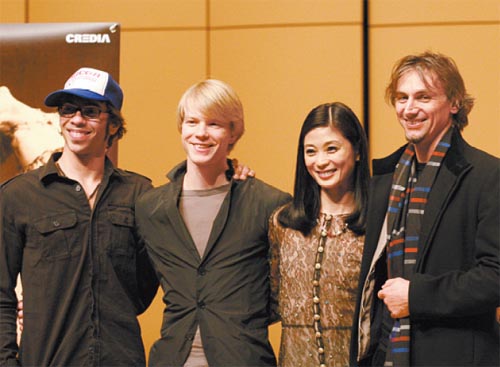 When it was announced earlier this year that Kang Sue-jin, a principal dancer with Germany’s Stuttgart Ballet, would return to the country of her birth for a gala performance this month, Korean fans were aglow with the news. Although the 42-year-old permanent resident of Stuttgart spends more time in Germany, which she says is her second home, than in Seoul, many Koreans still think of her as one of the few dancers representing Korea on the global stage.

What makes the upcoming gala, named simply “The Ballet,” so special for local fans of her work is that she will perform highlights from “The Lady of the Camellias,” a three-act dramatic ballet, for the first time in eight years in Korea. The role is one that many consider as her finest.

Kang, who has been directly involved in the planning of the gala, promised that the presentation would offer something different from the standard ballet repertoire.

“The upcoming gala includes many new pieces that are accessible to viewers of all ages,” she said at a press conference held yesterday at Hoam Art Hall in central Seoul. “The gala’s opening number [Uwe Scholz’s Suite No. 2] is a collaboration between dancers and pianists.”

She also expressed her condolences to the victims of the recent Cheonan disaster.

“I heard that there was recently a tragic accident in Korea and I hope that these performances can help console the nation as it goes through this time of grief,” she added.

For the gala, it was Kang who selected the works and assembled the cast, which includes dancers Ivan Cavallari, Marijn Rademaker and Jason Reilly. The gala represents something of a reunion for the four dancers, who have worked together over the years.

“I’m honored to be back in Korea and dancing again with my former partner, Sue-jin, who was one of my favorite dancers during my time with the Stuttgart,” said Cavallari, a former Stuttgart Ballet principal dancer who made his debut with Kang in “Romeo and Juliet” and is currently the artistic director of the West Australian Ballet.

“Dancing together was a proposal she made while we were talking about [the Stuttgart Ballet and the West Australian Ballet] doing a collaborative project for the gala, and at first I wasn’t sure if it was a good idea,” said Cavallari, who has rarely been seen on stage since 2000. “But the fact is that I was quite thrilled about the idea. I wouldn’t have gone ahead with it if Sue-jin hadn’t asked me, but I decided to do it because it was one chance with one ballerina.”