A military game that has everything you need

A military game that has everything you need 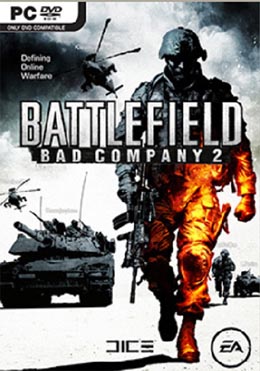 There are a lot of first-person shooters out there today, with many of them, such as Rainbow Six, revolving around military schemes. Some of these are played on different platforms, while others are developed exclusively for online play.

The traditional military-themed first-person shooters cash in on pre-existing interest in the military, but there are so many subpar games out there that leave so much to be desired. Not so with Battlefield: Bad Company 2.

This is a game that immediately draws you in with outstanding graphics and sounds. Here, the player is one of four available types of soldiers. There are the riflemen who are experts in various weapons from assault rifles to grenade launchers; engineers who repair vehicles and destroy enemy armor; medics who roam the field and revive downed allies; and snipers (my personal favorite) who position themselves to make long-range kills and pin down enemies from afar.

The player gets points for killing enemies but also for performing the unique tasks that must be done by each type of soldier. You can also opt to become the commander of the squad, which gives you the ability to send reconnaissance UAVs and request artillery support, or order squads to attack or defend designated locations.

Bad Company 2 also features a variety of vehicles that appear in each game map depending on the terrain. There are gunboats, Humvees, tanks and helicopters, all of which give you immediate access to an enormous amount of firepower to overcome your opponent. But beware, these vehicles do have their problems. You have to learn how to drive them, and learning how to shoot from them takes time. Needless to say, these vehicles are not immortal but are vulnerable to powerful attacks from the enemy, which can use tanks or rocket launchers against your vehicle just as easily.

My favorite part of the game is being in the driver’s seat of a primary battle tank, but to score you have to fire the gun with perfect timing. If you miss, it takes time to reload, and by then the enemy might get the better of you.

The online multiplayer component, in which up to 32 players compete in squads in different type of matches, is another of the game’s strong points. But master the campaign mode first to get a handle on the mechanics of the game.

The Verdict: This is a game you want to own because once you have it you don’t need to worry about what else is out there. It encompasses pretty much all of the good things that first-person shooters offer, in a single game. It’s is the silver bullet you’ve been searching for.