Social networking for the stars

Social networking for the stars

Living in one of the most wired countries in the world has its advantages, one of which is constant, speedy Internet access wherever and whenever you need it. In the past, Koreans have used this technology to transform the news media with citizen reporting and user-created content. Now, they are using it to reshape the entertainment industry, and stars can be made or broken based on the things their fans post to blogs and social networking sites like Twitter and its Korean equivalent, me2DAY. Celebrities are also keeping up with this trend, using the sites to give fans a window into their world or promote new projects.

Meanwhile, the release of the Apple iPhone in Korea in November seems only to have fueled the smartphone craze, giving celebrities a chance to broadcast their thoughts and feelings around the clock.

Seasoned actor Park Joong-hoon, for example, is an ardent Twitter user. Park, 44, who starred in the disaster film “Haeundae” last year, plans to share the trailer for his latest film, which will be released next month, through his Twitter site, where he has about 20,000 followers.

The site has even changed the way the actor greets people. These days when he runs into someone, he often asks, “Do you use Twitter?” instead of the typical Korean greeting, “Have you eaten?”

Park posts messages to his Twitter page about 30 times per day with the help of his smartphone. By Monday afternoon, Park had already posted 19 messages. One of the messages said: “I’m shooting a new film with director Lim Kwon-taek and it’s his 101th film. I need your help and support,” with a smiley face icon at the end.

Entertainer No Hong-chul, a regular on hit TV shows such as “Infinite Challenge,” posted a message to his Twitter page last month after he broke up with singer Jang Yoon-jung that fans interpreted as a sign he was trying to get over his broken heart.

Singer Lee Juck, who is also an writer with a novel under his belt, started posting snippets of his next novel on Twitter in February. It is already attracting attention. One of his followers is Kim Soo-hyun, a writer whose soap opera scripts have won her widespread acclaim.

Most writers, however, tend to prefer blogs. Author Lee Oi-soo often uses his blog to get feedback on his writing, while fellow writer Hwang Suk-young uses his blog to post sections of his latest work.

Tiger JK, a well-known rapper who emigrated to the United States when he was a teenager, says he uses Twitter to talk with his overseas fans.

“A fan club was recently launched in Brazil,” he said. “I also used Twitter for an interview with a European journalist.”

Back in Korea, entertainer Park Kyeong-rim, the host of the MBC radio program “Starry Nights” who is set to host a new TV show next month, takes questions from her fans via Twitter and then uses the questions on her radio show.

Park, who has connections to people in arenas from politics to sports, says Twitter helps her socialize with a wide circle of people because she just doesn’t have the time to see everyone in person.

“The best thing about Twitter is that you can check the responses from your followers in real time and it also lets me post messages to all of my followers at the same time,” she said. “And recently, there was a patient in urgent need of a blood transfusion who got help from people on Twitter. They posted information about his blood type online and a match was found.”

Figure skater Kim Yu-na has about 130,000 followers on her Twitter page, and she often uses the site to share her anxieties before an upcoming competition or event.

Meanwhile, Me2DAY is also popular among local celebrities because the micro-blog is accessible with an ordinary mobile phone. Up-and-coming pop singers such as G-Dragon from Big Bang, Sandara Park from 2NE1 and Cho Kwon from 2AM all have me2DAY pages.

Mini homepages like the ones used on Cyworld are also popular here. Actress Kim Hee-sun and Jeong Ryeo-won frequently upload pictures to their Cyworld sites. 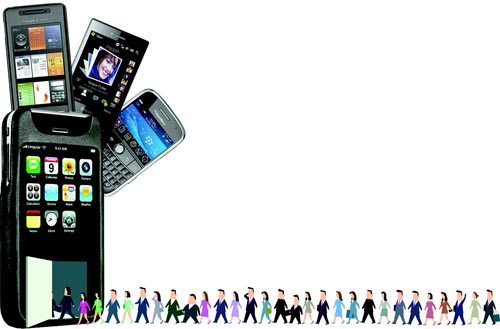