Are we aware of the crisis upon us?

Are we aware of the crisis upon us? 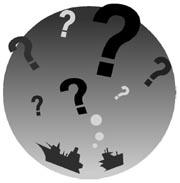 When asked which country is on a roll, most people - maybe eight or nine out of 10 - will answer China. Many already use the expression “G-2,” and the world is indeed polarized by China and the United States.

Meanwhile, the road to all kinds of natural resources now leads to China, not Rome. The prices for natural resources such as iron ore and coal are set based on the buyer’s distance from China. All things being equal, the price of Mexican iron ore is cheaper than ore from Australia. That’s because the cost of transport to China is cheaper. China’s power is just that absolute.

Unexpectedly, however, Chinese leaders nowadays emphasize the need to be conscious of a crisis. President Hu Jintao’s list of talking points this year includes encouragements to “be conscious of a crisis” and “ponder potential crises while one is comfortable,” which itself comes from “Shangsu,” or “The Book of History.”

Hu also quotes this passage from “Shih Ching,” or “Classic Poetry,” an original version of Shangsu: “It should be remembered that the Yin Dynasty, the second Chinese dynasty after the Xia Dynasty, which flourished for 600 years, collapsed in the end.”

Premier Wen Jiabao went a step further, urging officials to remember the saying: “Both the rise and fall of a nation come fast.”

That saying is from a chapter about Duke Zuang of Lu in the book “Zuo Zhuan,” or the “Chronicle of Zuo.” In the book, when Duke Min of Song, whose territory has just suffered a flood, meets Duke Zuang, Min says, “It’s all my fault. We’re suffering from a disaster because of my lack of respect to heaven.”

In the “I Ching,” or “Book of Changes,” the “Yao Ci,” or “Explanation of Horizontal Lines” teaches: “A man of virtue remembers crisis while in comfort, downfall while in prosperity and disturbance while the nation is in order. With this, he can keep himself and the nation intact.”

What about Koreans? It is not necessary to mention “the future crisis theory” of Samsung Group’s Lee Kun-hee, because we are already in a total crisis.

Even though a Navy ship has been broken and scores of young soldiers have been lost, we still don’t know the exact cause of the incident. And the more serious problem is the many conspiracy theories floating around.

And yet still we have not heard the voices of self-reflection, nor the reflexive indictment of Duke Min of Song, but rather the plea “to be conscious of a crisis” issued by Chinese President Hu and Premier Wen. This is a real crisis for us.