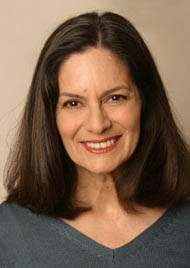 SYDNEY - When writer Karen Stabiner began helping her daughter with her college applications, she was amazed at the cutthroat process that brought out the worst in many parents.

After all, a recent survey by the Princeton Review of 9,132 college applications and 3,042 parents of applicants found 66 percent reported high stress levels, up from 64 percent last year, with the financial crisis adding to the tension.

Stabiner, who has written nine books on family and health and one novel, tackled the increasingly competitive college admission system in her second novel, “Getting In,” which follows five families seeking the perfect college.

Stabiner, who is an adjunct professor at the Columbia University School of Journalism, spoke to Reuters about her writing and newly released novel: 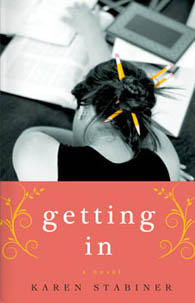 A screenshot from the author’s Web site

Q. What was it that drew you to this topic?

A. When my daughter was going through the process, we, like everyone else, were going a little crazy so I went into journalism mode, which is when I become the parent asking questions long after everyone else has left. I learned that college for most American families has come to symbolize the thing we want to give our children so that they will have a better life than we did.

Why has the system become so competitive?

This is a function of the last five to 10 years because you have baby boomers who are used to getting what they want and then you have the issue of what special thing are we going to give our kids. Frankly you have a really scary economy so everybody weights a great college degree with more significance than it really can have.

How are parents today different?

This current generation of parents has really had it good. We had a cultural revolution. We had a sexual revolution. We had a small war and we had dips in the economy but nothing resembling a recession. How can we possibly give our children more than that? They are going to earn less than we did and there is nothing resembling carefree sex any more. The job market is a nightmare and they live under the cloud of terrorism. So if you are a well-intentioned parent you go crazy about college.

Did the cutthroat process surprise you?

I was unnerved. I knew it was competitive ... but I had no idea. I don’t think anyone going into this realizes how awful you are going to feel. Even if in your own house you have it under control, you can’t control other people and they are in your face all the time.

Well, there is getting your kid into a great school and then there is also getting your kid into a great school that another kid didn’t get into. A woman at my daughter’s high school would come up to me at every event and ask where my daughter was applying. There was one dad who, when he went to school events, started every question withe the phrase ‘since we have our daughter on the Harvard track...’ There is no such thing.

When did you start to see the funny side of it?

There is a great quote that is attributed to almost everyone and I’m not sure who said it first: “pain plus time equals comedy.” It all turned into a comedy as soon as my daughter got her first acceptance letter.

Do you think the system will calm down?

No. Even when there are fewer kids there will always be kids scrambling for the top 10 schools. I don’t see it subsiding any time soon and there are now lots of satellite businesses dependent on this kind of frantic process continuing.

Did you find it quicker to write fiction?

It was similar... In the end, since it is really about parents who want more for their kids, it was wonderfully liberating to create these girls and boys and it was great fun to write and to create everyone’s nightmare of an ambitious college counselor. Reuters Life!