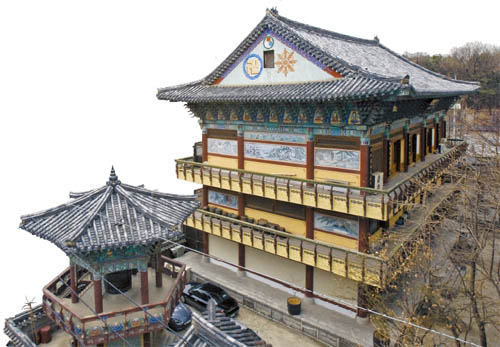 Daegak Temple in Bongik-dong was founded by Buddhist monk Baek Yongseong, who used to call the structure home. It was renovated in 1987.

Daegak Temple is an icon of modern Korean Buddhism. Surrounded in equal parts by the trappings of modernity — busy streets, office buildings — and tradition — Korean houses, royal ancestral shrines and elegant palaces — it stands like a borderpost between worlds, a symbol of the quest for an untainted consciousness.

This was the home of a Buddhist monk named Baek Yong-seong. In the early 20th century, it was a single-story tile-roofed house, but it has since been converted into a modern three-story building. It is located in Bongik-dong, central Seoul.

Baek, together with Han Yong-hun, a poet and independent activist during the period of Japanese colonial rule (1910-1945), played a leading role in propagating Buddhism in Korea. His attempts to save Buddhism, which had deteriorated greatly during the Joseon Dynasty (1392-1910), gave rise to the Jogye Order of Buddhism, which is the dominant sect of Korean Buddhism today.

Korean Buddhism has seen a great deal of adversity in its modern history. After being under continuous oppression during the Joseon Dynasty, Korean Buddhism faced another barrier as Buddhists grew more secular and corrupt during the colonial period. Buddhist monks started getting married and eating meat, and took temple offerings for their own use.

In 1895, a 300-year-old ban on Buddhist monks entering the capital was finally lifted, giving the monks greater access to the people. The growth of the religion was relatively slow, however, compared to Christianity, whose blossoming was fueled by an influx of Protestant missionaries from abroad.

Baek was a prodigy. He began studying the Chinese classics at the age of six, and by the age of eight he could even write poetry, exhibiting exemplary literary skill. By the time he turned 14, he had started reading Confucian scriptures. That same year, he left home and entered the Buddhist priesthood. A year later, at 15, he was ordained as a Buddhist monk and given a new name, Jinjong.

Further on, after six days of deep Seon meditation practice, he had a spiritual awakening. But even then, Baek, a perfectionist at heart, felt his efforts were insufficient, so he continued with his practice and finally, at the age of 20, he broke through his mass of doubt.

He went to Sangseonam Hermitage on Mount Jiri, where he practiced both Seon and Gyo, a doctrinal study. He taught Seon meditation to other monks and immersed himself in study, including the Awakening of Faith in the Mahayana, the Lotus Sutra, and the Flower Adornment Sutra.

He also began to engage in discussions about the nature of truth with contemporary masters of Korean Buddhism, including Hyewol and Mangong, gradually broadening his knowledge of the religion.

Later, in response to the growing strength of Christianity in Korea, Baek decided to write a book synthesizing Buddhist doctrines and tenets.

In 1911, Baek came down from the mountain, going to Seoul to promote his religion and live among his fellow practitioners. The following year, he established a Seon Center in Daesa-dong, which sparked a revival of Buddhism in Korea. Later, he founded Daegaksa (sa means temple in Korean), where he began offering instruction in Buddhism to the public. The structure was originally the home of one of his followers.

It was during the March 1st Independence Movement against the Japanese colonial regime in 1919 that Baek and Han joined forces. Together, they represented the Buddhist community during the crisis, devoting themselves to the work of restoring the nation and encouraging others to participate in the patriotic movement.

It was Baek who suggested raising the Taegeukgi, the Korean flag, during the March 1st movement. It is said that leaders from other faiths, including Protestants and Cheondoists, supported Baek, uniting the religious community during a time of trial. Cheondoism or Cheondogyo, the “Teachings of the Heavenly Way,” is a 20th-century movement that has its roots in the nationalistic 19th-century Donghak movement founded by Choe Je-u.

For his actions, Baek was apprehended by the Japanese police and tried in court, after which he endured three years in prison.

While in jail, he was shocked to see that other imprisoned religious leaders had with them religious scriptures that had been translated into Korean, and he resolved to translate the Buddhist scriptures as soon as he was free. 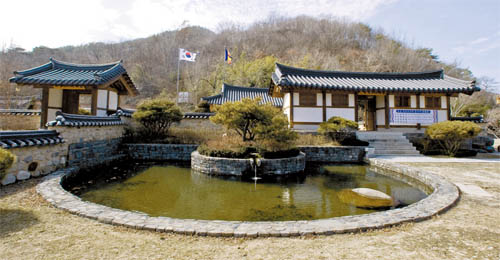 Baek Yong-seong’s home at Juklimjeong Temple in North Jeolla was restored in 2000.

During that time, Christian bibles and Cheondogyo scriptures were all in Korean, while the Buddhist scriptures remained in difficult Chinese characters — a key reason why popularizing Buddhism was so difficult. After his release, Baek tried to get others to help him with the translation work, but all the people he approached were opposed to the idea and criticized him for trying.

Undeterred, he formed the Tripitaka Translation Group, or Samjang

Yeokhoe, in 1921, and immersed himself in the task. 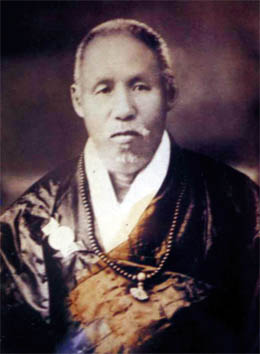 But Baek’s efforts to promote Buddhism did not end there. He established Buddhist schools for children, where he sometimes also served as a teacher. At Daegaksa, he composed Buddhist hymns, played the harmonium, the reed organ and sang, and promoted Seon as a way of life.

In 1926, in the midst of the colonial period, he visited the Japanese government-general to suggest a new policy that would prevent Buddhist monks from having wives or eating meat. This was denied. Oddly, this was one of the few points on which he and Han, who thought monks should be allowed to marry, disagreed.

Baek’s principles of Buddhism were clear and explicit.

“Buddha is an enlightened person who helps others to an awakening,” he said. “But Buddhist precepts and rules should always stay as they are.”