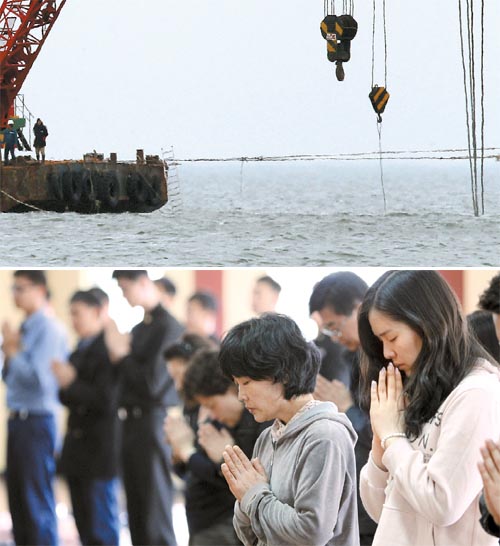 While fast currents and poor visibility in the Yellow Sea continued to hamper the military and civilian workers’ attempt to salvage the sunken ship Cheonan yesterday, top, families of missing sailors attended a Buddhist service yesterday at a temple inside the Navy’s Second Fleet Command in Pyeongtaek, Gyeonggi, bottom. [YONHAP/NEWSIS]