A living doll in a goofball ballet

A living doll in a goofball ballet 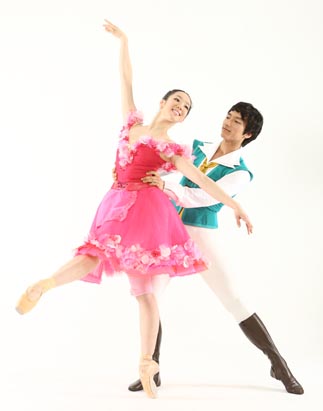 For those who identify classical ballet with stuffy seriousness and elitist elegance, “Coppelia,” to be staged by the Korea National Ballet later this month, will be an eye opener.

It’s one of the rare comic ballets currently available, and the state dance troupe is set to come up with its own interpretation of the 140-year-old work thanks to the participation of noted Korean choreographer James Jeon.

“We expect laughing and clapping from the audience, since the work is supposed to be fun,” he said. The entire show will be accompanied by Korean-language narration by Lee Dong-hoon, the troupe’s principal dancer, to facilitate viewers’ understanding of the work.

Coppelia is based on two macabre stories by E. T. A. Hoffmann, a German author of horror: “Der Sandmann” (The Sandman) and “Die Puppe” (The Doll). The story carries a resemblance to Mary Shelley’s “Frankenstein,” if in a much lighter way. It concerns a mysterious inventor, Doctor Coppelius, who has made a life-size dancing doll named Coppelia. The creation is so lifelike that the passionate young Franz falls in love with her, even though he already has a lover, Swanhilde, who grows enraged with jealousy. The ballet premiered on May 25, 1870, at the Theatre Imperial de l’Opera, now the Paris Opera. 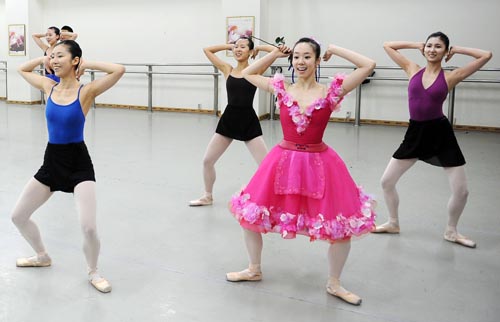 Groups of dancers practice a dance from the comic ballet “Coppelia,” with new choreography by James Jeon and music by Leo Delibes, to run at the Seoul Arts Center starting April 27. Provided by Korea National Ballet

Last Tuesday, three weeks ahead of the kickoff, the troupe staged an open rehearsal at its practice room in Seoul Arts Center. Before the official rehearsal session began, dancers standing by in groups of two and three were practicing the signature comic dance of this production - an invention of James Jeon - and burst into laughter watching each other. The rehearsal featured part of the first act, and the theatrical gestures and facial expressions were riotous.

“Make actions as big as possible! In a realistic but exaggerated way!” said Jeon. In many previous Coppelia performances, dolls, not ballerinas, played the Coppelia role, but here ballerina Shin Seung-won, 23, stood on a chair in a remote corner, holding a book like a real doll, through the end of the rehearsal. Emerging danseur Jung Young-jae, 26, plays Franz, while Kim Li-hoe, 23, and Park Seul-gi, 23, take turns for Swanhilde role.

In addition to the press and other members of the troupe, the rehearsal was attended by Piotr Nardelli, a world-renowned ballet trainer and choreographer. He was specially invited by the Korea National Ballet to train the dancers for two weeks and help some of them prepare for international competitions. His routine training session took place before the open rehearsal.

Despite being over 60 years old, the veteran gave an energetic demonstration of basic ballet moves, and about 50 members of the national troupe split into groups and danced along. Nardelli clapped, shouting compliments to some, and corrections to others. “This is my first visit to Seoul and I find Oriental dancers, including Koreans and Japanese, are increasing their foothold on the global dance scene. Their physical conditions have enormously improved, too, although dance is more about using your brain,” he said.

The ballet will run from April 27 through May 6 at Towol Theater, Seoul Arts Center, in southern Seoul. For more information, call (02) 587-6181 or visit www.kballet.org.