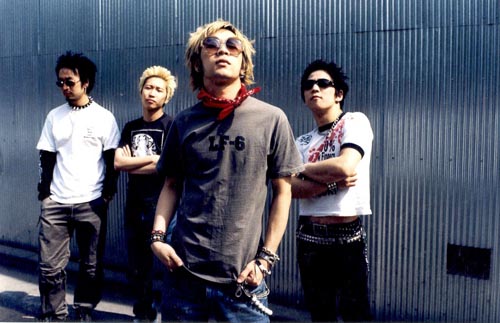 The Korean punk band Crying Nut is holding a concert to celebrate their 15th anniversary next week at the Mapo Arts Center. The concert will start at 7:30 p.m. on Friday and at 5 p.m. on Saturday. See MUSIC. [JoongAng Ilbo]

Saturday: “Jazz Meets the Spring Day.” Jazz pianist Song Young-joo is performing as part of a trio that also includes Lee Soon-yong on bass and Quincy Davis on drums. Joining Song are the renowned singers Kim Dong-ryul and Jo Kyu-chan; the special guest is well-known saxophonist Son Seong-jae. The repertoire includes songs such as “Breakthrough,” “Amsterdam,” “Love Never Fails” and many more.

Saturday and Sunday: “Piano and Teeth.” Pianist Yun Hyogan has presented this concert 870 times since its premiere in 2005. During the performance, Yun shares stories from his life, through which he ultimately conveys a message of hope.

April 23: “Ajaeng Part Performance Sudajaengi.” The National Orchestra of Korea is holding a chamber concert featuring music for the ajaeng, or bowed zither. The repertoire includes a duet for ajaeng and piano and a piece for the 10-string ajaeng and guitar.

The ajaeng is a Korean string instrument, similar to a wide zither, with strings made of twisted silk. The instrument is played by means of a slender stick, which is scraped against the strings in the manner of a bow. The original version of the instrument has seven strings.

The ajaeng is generally played with the musician seated on the floor. It has a deep tone similar to that of a cello, but is more raspy.

April 23 to 24: “Crying Nut 15th Anniversary Concert.” Crying Nut, a Korean punk band, is celebrating their 15th anniversary this year. In 1998, they released their self-titled debut album, which sold over 10,000 copies, setting a new record for independent rock albums by Korean artists. The band has released a total of six albums altogether, including its most recent, “The Uncomfortable Party.”

April 24: “Yu Yeongae’s Song of Sim Cheong in the Boseong Style.” The National Changgeuk Company of Korea presents a full-length pansori performance with singer Yu Yeongae. Yu is said to have a beautiful, clear voice, especially in the medium to low range. Pansori is a traditional type of Korean music performed by one sorikkun, or singer, and one gosu, a drummer playing a barrel drum.

To April 30: “Hug Me.” Kim Jin-man, who has worked in a variety of performing arts genres, presents a new drama that focuses on the realities of life. The performance revolves around the incidents that develop among three main characters who live with pain in their lives, and warmly portrays their mutual healing process.

The performance starts at 8 p.m. on weekdays, at 4 and 7 p.m. on Saturdays and at 4 p.m. on Sundays. There are no performances on Mondays.

The story is about a tragic love affair between the children of two feuding families. Like life itself, the line between good and evil is blurred, and characters are both victims and offenders.

The world-renowned soprano Shin Young-ok plays the starring role. Shin is a graduate of the Juilliard School and a frequent performer at the Metropolitan Opera in New York City.

April 22 to 25: “Manon Lescaut.” The Seoul Metropolitan Opera presents a large-scale production of the Puccini opera, which is known as one of the opera company’s signature pieces.

The opera is based on a novel of the same name by French author Antoine Francois Prevost. The story follows the lives of two star-crossed lovers and the obstacles they face to be together.

April 22 to May 1: “Uncle Sun-woo.” This play is part of the Seoul Metropolitan Theatre’s creative work series, “Seoul + Memory.”

The story is about an old bachelor, Sun-woo, who is a farmer. He spent his younger days supporting his brother-in-law, who was studying abroad in the United States. He had to sell his land, which was passed down for generations in his family, in order to cover the cost of his brother-in-law’s tuition. When the brother-in-law says he is coming home, everyone is excited. But his return brings unforeseen changes to the family as they are forced to leave due to a government redevelopment plan.

April 25: “Myth and Love in Indian Classical Dance: Odissi.” Odissi, one of the eight classical dances of India, originated in the ancient Hindu temples of Orissa in northeast India. It is characterized by graceful movements and sensuous postures, and it uses hand gestures and facial expressions to depict themes from Indian mythology.

This performance will be presented by Beena Keum. She is the only Korean Odissi dancer and had her debut performance in Bhubaneswar, the capital of Orissa and a mecca for Odissi dance.

The performance includes four dance pieces. Detailed explanations in Korean and English will be provided.

April 30 to May 9: For centuries, Korean pottery has been regarded as some of the best in the world. The town of Mungyeong is a renowned center for pottery with a 900-year history of involvement with the art form.

This festival celebrates the traditional chatsabal (tea bowl), whose simple, almost rough exterior exemplifies its unique beauty. Learn about this amazing time-honored craft from some of the area’s best chatsabal masters and create your own traditional tea bowl.

From Dong Seoul Bus Terminal, take a bus to Mungyeong.

May 1 to 9: Held in the capital of Korea, the bi-annual Hi Seoul Festival is a great way to experience the history and colorful culture of Seoul. In keeping with this year’s theme of “Physical Theatre,” the spring edition of the festival includes over 200 performances from 80 prominent physical theater troupes from Korea and abroad.

The festival will start at the Han River basin and will spread to the entire metropolitan area of Seoul. Many parts of the city have a connection to the festival, with the Han River being the central spot.

The festival program includes artistic fireworks shows, a village of Big Top Theaters and world-class parades. Festivalgoers can also participate in farm experiences, picnics on the Han River bridges and much more.