After 13 outings, running out of patience with ‘Final Fantasy’

After 13 outings, running out of patience with ‘Final Fantasy’ 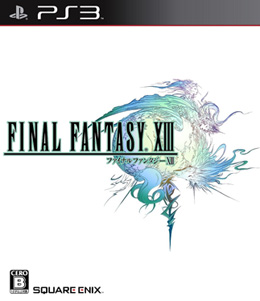 During the 1990s, the Square brand was synonymous with the role-playing video game. A generation of gamers got hooked on the challenging quests, quirky characters and sweeping story lines of Square RPGs like “Chrono Trigger,” “The Secret of Mana” and, of course, the “Final Fantasy” series.

Over the last decade, though, the Japan-based company - now Square Enix - has ceded the RPG crown to Western developers. Games like Bethesda Softworks’ “Fallout 3” and BioWare’s “Dragon Age: Origins” have all the epic drama of Square’s classics, while adding grittier stories, real-time combat and free-roaming exploration.

Still, as a gamer who’s devoured almost every “Final Fantasy” chapter, I’ve been eagerly awaiting “Final Fantasy XIII” (Square Enix, for the Xbox 360, PlayStation 3, $59.99). And it breaks my fanboy heart to acknowledge how disappointed I am with it.

The adventure begins in the floating city of Cocoon, where humans are protected by a mysterious race called the fal’Cie. A rogue fal’Cie from Pulse, the world underneath Cocoon, breaks loose, and some humans are branded as l’Cie, servants of the aliens. They’re targeted for elimination by Cocoon’s government, but several escape and set out on a mission to rescue a friend.

There are six primary characters, and they are some of the most irritating people ever to appear in a game. There’s surly soldier Lightning, cocky stud Snow, whiny orphan Hope and spacey chatterbox Vanille - no one you’d want to have lunch with, much less spend the dozens of hours it takes to complete “XIII.” I did grow to like Sazh, who comes off at first as a Chris Tucker impersonator but turns out to be the one sensible guy in the gang, and late arrival Fang delivers some much-needed sex appeal.

For the first 25 hours (really), the characters are split into groups of two or three as they explore Pulse. The story is strictly linear, with no towns to visit, no interesting side characters, no off-the-beaten-path missions to pursue. XIII settles quickly into a dull rhythm: fight, walk, fight, watch a noninteractive cut scene, fight, save your game.

XIII does have its rewards. This series has long delivered on the eye candy, and Square has pulled out all the stops for its first installment on the current generation of high-definition consoles. The landscapes, whether urban or bucolic, are breathtaking, and the character animation is vividly lifelike.

The battles are built on an innovative engine. You control one character, while the others in your party are computer-operated. But you can change your teammates’ specialties on the fly, so if you’re taking too much of a beating, you can have one character focus on healing rather than fighting.

I still miss the combat of previous FF games, which let you control all your characters’ actions more precisely, but the alternative here is faster-paced and still demands some strategic thinking. And there’s an unusually deep assortment of monsters and human villains to fight.

Final Fantasy XIII does pick up steam about two-thirds of the way through, as the characters’ stories coalesce and the action branches out beyond the straight-ahead path. Unfortunately, I suspect many players - especially series newbies - will lose patience long before then.