Oprah’s got a new gig

Oprah’s got a new gig 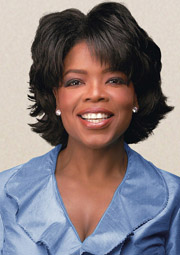 Oprah Winfrey will try to recreate her daytime success in the evening with a new show she will host from around the world next year after ending her reign as daytime talk-show queen after 25 years, her network said on Thursday. The new series will be called “Oprah’s Next Chapter” and will take Winfrey to India, China and elsewhere, said the Oprah Winfrey Network, or OWN, the Los Angeles-based cable TV venture she formed with Discovery Communications Inc.

Winfrey, 56, has been hosting her legendary talk show “The Oprah Winfrey Show” for the past 24 years from Sept. 8, 1986. The show is scheduled to come to an end September next year.