Yu-na’s back to work her magic

Yu-na’s back to work her magic 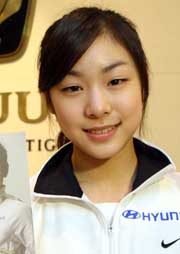 It is said that the song is a favorite not only of Kim, but also of her coaching team, which is led by 1984 and 1988 Olympic silver medalist Brian Orser.