The gangsters next door

The gangsters next door 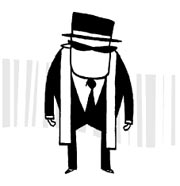 It was between the late 19th century and the early 20th century that members of the famous Sicilian Mafia moved to the United States. After settling down in large metropolitan cities like Chicago and New York, the Mafia set about making money from prostitution, gambling and drug trafficking.

When people talk about the Mafia today, we still often picture dark, Italian men in suits like Marlon Brando’s character Vito Corleone in the “Godfather” films.

Yet, the real mafiosi of today are more likely to look like white-collar businessmen than gangsters.

According to British journalist and organized crime expert Misha Glenny, the modern Mafia have integrated their underground businesses into the legal economy. In his book “McMafia: A Journey Through the Global Criminal Underworld,” Glenny shows that this new breed of Mafia works in a variety of industries including construction, real estate, garbage disposal, performance, tourism and hotels.

Like the Sicilian Mafia, the Japanese yakuza also are known for their use of violence. But unlike their historic Italian counterparts, they adopted the outward appearance of “businesses.” In the 1980s, the yakuza-related businesses expanded their activities to the manufacturing sector and even to the management of hospitals, going beyond construction and transportation businesses with money borrowed from financial companies. The Japanese Mafia was even blamed for something called the “yakuza recession” in the 1990s, when investigators said that the yakuza was prolonging the country’s economic downturn because of its involvement in bad debts and the housing industry.

Yakuza members who come over to Korea are not any different. It is reported that the Sakaume-gumi, under the largest Japanese yakuza organization the Yamaguchi-gumi, is actively expanding its business in Korea. They took over a hotel in Ulsan, purchased land for a golf course in Busan and invested in a casino on Jeju Island.

As criminal groups expand in Korea, concerns about the emergence of a Korean Mafia become more serious. According to the data released by the Supreme Prosecutors’ Office Monday, there are around 5,450 gangsters affiliated with 223 organized crime groups as of the end of last year. Compared to the figures eight years ago, this is an increase of 12 percent and 31 percent, respectively.

Organized crime is becoming increasingly difficult to control in Korea. While the criminal groups evade government investigation under the cloak of legitimate business activities, democratization has meant that investigators can no longer take the brusque approach against Korean Mafia members that they did in the past. If this situation continues, I wonder whether we will end up living with a Mafia in our neighborhood.