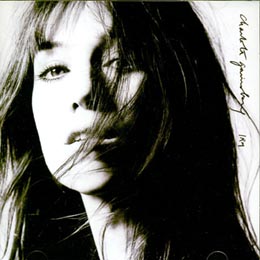 A waterskiing accident nearly killed Charlotte Gainsbourg in 2007. Before then, the actress/singer had gained recognition for roles in quirky films like “The Science of Sleep” and for being a French-chic “it” girl adored by the fashion world.

After the accident, as she said in numerous interviews, everything changed. After appearing in the intense Lars von Trier film “Antichrist,” she released her third studio album, “IRM,” and has finally managed to break from the shadows of her legendary parents. Beck, who produced the album, seems a good fit, given his recent tendency to focus on themes of death.

IRM is the French for MRI, or magnetic resonance imaging. Like the title, the album is dark and emotional, with lyrics reflecting her post-trauma mind-set accompanied by strong drum-and-bass beats. Songs like “IRM” are like a haunting soundtrack to an eerie suspense film, with touches of the psychedelic. The album is an accomplished work - maybe even better than Beck’s latest.