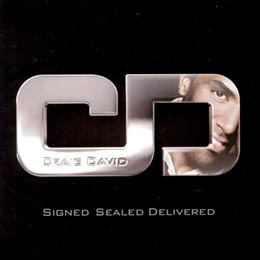 The word that comes to mind after listening to Craig David’s latest album “Signed Sealed Delivered” is “retro.”

Most of the 12 tracks are, in fact, covers of famous Motown tunes, and how you feel about the classics will likely influence your reaction to this album. In Korea, David’s “Insomnia,” a dance track with hard bass beats, was a megahit in early 2009 thanks to the simultaneous release of the song’s Korean version by local singer Wheesung.

But this is a different experience. On the title track by Stevie Wonder, David’s voice wonderfully adapts to the Motown sound to highly enjoyable effect. The single “One More Lie (Standing in the Shadows),” an original that samples the Four Tops’ hit “Standing in the Shadows of Love” in its chorus, is a highly addictive dance number with a funky house beat.

Although those covers are what inspired him to make music, I still can’t help but wonder why this pop star with only four previous albums since his debut in 2000 felt the need to record them.