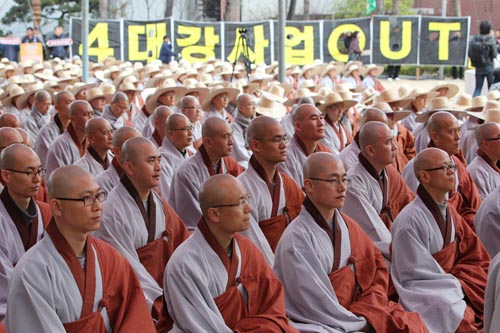 In an apparent indication of the widening rift between the Lee Myung-bak administration and the Buddhist community, a massive rally attended by 10,000 Buddhists and activists takes place at the Jogye Temple in central Seoul Saturday to protest the government’s four rivers restoration project. [YONHAP]