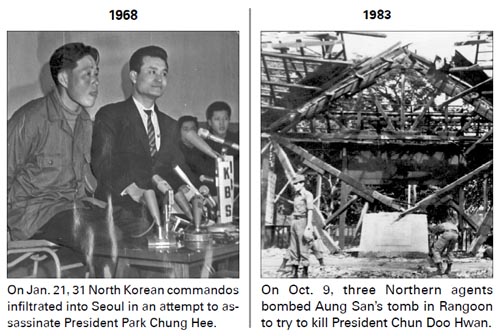 In a statement issued Saturday, North Korea accused South Korean “warmongers” of trying to link the sinking to Pyongyang to build an “international consensus” against it.

The statement came about three weeks after the 1,200-ton Cheonan sank. A South Korean government official said the North may have been following the progress of the South Korean probe of the explosion before deciding to deny its involvement.

“In the South, the possible cause has been narrowed down to a North Korean torpedo attack, after an internal explosion or a collision with a reef were ruled out,” he said. “North Korea must have decided it was time to speak up because staying silent for longer would have seemed as though they were admitting the crime.” 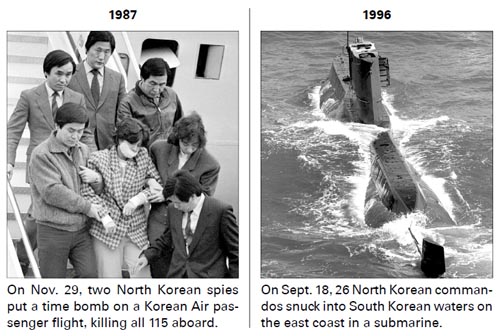 On Sept. 18, 1996, 26 North Korean commandos snuck into South Korean waters on the east coast in a submarine. Five days later, the North argued its submarine went adrift because its engine broke down. Under pressure from South Korea and the United States, the North’s Foreign Ministry in December expressed its regrets.

Pyongyang was also in denial mode in November 1987, when two North Korean spies put a time bomb on a Korean Air passenger flight that exploded midair over the Andaman Sea, killing all 115 aboard. A week after the bombing, the North said it had nothing to do with it. In February 1988, Kim Il Sung called the accusation a “conspiracy” by the United States and South Korea.