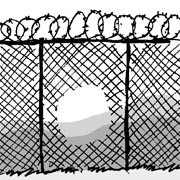 On Dec. 5, 1941, someone called the U.S. State Department and said something along the lines of, “Please tell the president that Japan will strike Hawaii. It could be as early as this weekend.” It was Han Gil-su, a Korean independence movement leader. He had informed the U.S. government about signs of a potential Japanese attack several times already. Two days later, at dawn on Sunday, Japan carried out an air raid on Pearl Harbor. U.S. forces suffered a devastating blow, losing more than 10 battleships, 188 aircraft and 2,400 soldiers.

Given the numerous warnings of such an attack, a conspiracy theory emerged that “the Roosevelt administration ignored the warnings to gain justification for participation in the war,” according to John Toland, the author of “Infamy: Pearl Harbor and its Aftermath.”

The official investigation report presented by the U.S. government, however, concluded that the failure of the national intelligence system was the cause of Roosevelt’s ignorance on the impending attack. According to the report, the problem was that intelligence data were not gathered together and analyzed properly because they were dispersed to various government agencies.

But there were conflicting views, too. Some observers pointed out that the report suffered from hindsight bias. Although the air raid on Pearl Harbor seemed likely when people looked back on it afterward, it was not easy to realize an imminent danger in advance. At the time, intelligence reports naming such places as the Philippines, Panama, the East Indies and the west coast of the United States as potential targets of a Japanese attack poured into U.S. intelligence agencies.

The same thing happened after the 9/11 terrorist attacks. An investigation report published by the U.S. Congress enumerated instances where intelligence authorities failed to notice signs of possible terror strikes. One representative example was that the CIA did not take action even after it discovered the entrance of two al-Qaida agents into the United States. The FBI also failed to take measures. Once again, the U.S. failed to prevent air strikes that seemed obvious in hindsight.

In the aftermath of the sinking of the Cheonan Navy ship, concerns over Korea’s failure in the realm of national security are growing. Some people are demanding punishment for officials in responsible positions, as they feel the tragedy could have been averted. However, there is an old saying that 10 men cannot prevent a thief. It essentially means that predicting when and from which direction the enemy will attack is not as easy as it is to criticize the failure afterward. The Korean people, not to mention the military, should strengthen their sense of national security. This is the precious lesson we learned from the sacrifices made by the fallen soldiers aboard the Cheonan.