From Maecenas to illegal ‘sponsors’

From Maecenas to illegal ‘sponsors’ 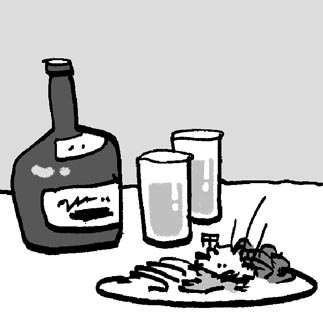 In November last year, the photographers Baek Seung-woo and Kim In-sook received good news. The Hanjin Group had designated them their “photographers of the year,” and decided to sponsor them with grants of 55 million won ($48,772) each.

On top of that, Hanjin also decided to sponsor their individual exhibitions and publication of photography books for them both. The group supported the artists with no strings attached as part of its “mecenat activities.”

The French word mecenat comes from Gaius Maecenas, a politician and poet during the reign of Emperor Augustus of Rome. He supported the best artists of his time. After his death, his inheritance went to support culture and the arts. And that’s why the word mecenat refers to sponsorship without hope for monetary reward.

“Patron” and “sponsor” are related terms. The House of Medici is a good example of a sponsor. Medici was the duke of Florence, and he supported artists in the birthplace of the Renaissance. Michelangelo’s “David” and Botticelli’s “The Birth of Venus” were created thanks to the House of Medici’s sponsorship. Patrons did not explicitly say what they wanted in exchange for sponsorship, but it is clear that they wanted something in return, such as paintings in an area of their interest. This is probably why Botticelli painted a fresco of criminals of the Paci family - enemies of the Medici - being executed.

In the United States, the word sponsor was first used when commercial broadcasting began. The word meant a company that ran commercials on TV channels.

The Latin root of the word sponsor means a person who supports someone or some work. The person or the company that runs advertisements on a TV channel supports the broadcaster’s business. Nowadays, companies that pay money for big sports events, like the Olympic Games or the World Cup, or those who have contracts with certain athletes are called sponsors. They pay a certain amount of money and want their companies to be advertised, which is a fair deal by any means. On the other hand, some conduct unfair or murky deals under the table, and they are changing the connotations of the word here to something negative.

The practice of “sponsoring” prosecutors is a good example. It was revealed recently that dozens of prosecutors in Busan received cash, meals, free outings and even sex services on a regular basis as bribes. It is hard to believe that the prosecutors took it for granted that the businessman who bribed them spent a great deal of money to entertain them.

The word sponsor is thus becoming a synonym for corruption in Korea. The prosecutors’ offices must eliminate the practice of this kind of sponsorship entirely. Otherwise the word prosecutor will also become a synonym for something very negative.