Land of the mountain gods

Land of the mountain gods 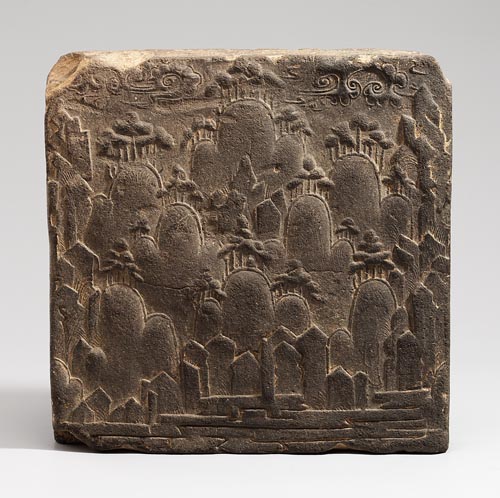 Name: Tile in landscape in relief

Excavated at a temple in Gyuam Village, in the city of Buyeo, South Chungcheong, this tile has eight different patterns inscribed on its surface. These include mountaintops, trees, streams, clouds and lotus flowers.

The scene on the face of the tile is a landscape. In between the mountaintops stands a tile-roofed house. Seated on the rock to the right of the house is a man who looks like a mountain god.

The three-dimensional design of the landscape adopted the technique of perspective, which is peculiar to the period.

The tile also contains both Buddhist and Taoist elements, reflecting the advanced cultural standards of the Baekje Dynasty (18 B.C.-660). It is considered to be a meaningful artifact that offers a glimpse into the ancient dynasty’s artistic techniques.