When Canadian Prime Minister Stephen Harper visited Korea late last year, he called the two countries “ideal partners” for trade. Canada has the energy and mineral wealth to fuel future growth in Korea, Harper explained, and Korea has the expertise in manufacturing that can strengthen Canada’s industrial growth.

Yet, despite the complementary relationship and the countries’ four-decade trade history, there are still several roadblocks to expanding trade between the two countries.

The largest of these is the pending Korea-Canada free trade agreement, which has been in limbo since 2008. Although notable progress was made during the last round of negotiations in March 2008 in Ottawa, there is still a handful of outstanding issues that need to be ironed out.

“One key factor in the equation is the Korea-U.S. FTA, in that if Canada feels as though the terms of the agreement are worse than those for the U.S., it will no doubt reject any deal,” the official added. 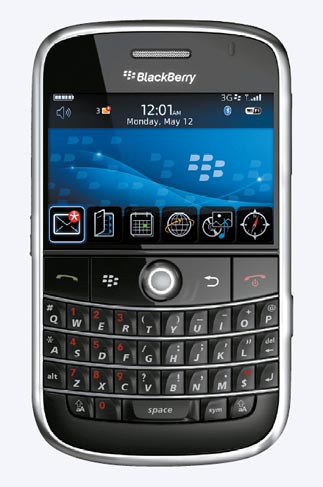 A 14th round of negotiations was scheduled to take place in June 2008 but was postponed indefinitely only a week before the talks started.

Experts stress that in particular, issues regarding Canadian beef imports to Korea and Korean automobile exports to Canada must be addressed with caution and without a political agenda, in order to make a final FTA deal possible.

Korea’s trade history with Canada began in 1966 when both countries signed a trade agreement and opened their markets.

During the 1980s bilateral trade started rising steadily and by 2008 trade volume between Korea and Canada totaled around $8.46 billion, or 11 times higher than in 1980, with trade volume hitting $721 million, according to Kotra.

By 2009 however, the toll of the global economic crisis began to show. In July 2009, both Korea’s export and import numbers to Canada had plummeted year-on-year by 16 percent and 21.2 percent, respectively.

With the recent recovery of the world markets, however, bilateral trade between the countries is expected to improve this year.

One of the most visible imports from Canada in recent years has been the BlackBerry smartphone, made by Canadian wireless device company Research In Motion. The popular smartphone launched in Korea in December 2008 through SK Telecom, after the Korean government lifted a regulation that had required all mobile phones in Korea to be equipped with the local mobile operating platform WIPI.

During an event last week held to launch the new model of the phone, the new BlackBerry Bold 9700, RIM’s Asia-Pacific vice president emphasized that Korea is a key market for RIM and that the country offers “tremendous growth and opportunity in terms of smartphones and wireless technology.”

Canadian conglomerate Bombardier has had a longer history in Korea. The company, a member of the Fortune Global 500 club, is a manufacturer of aircraft, jets and other mass transportation devices, including railways and rail transit systems.

The company supplies the midsize passenger plane Q400 to Korean budget flyer Jeju Air, and built Seoul subway line No. 5 during the early 1990s as well as Busan subway line No. 2, which opened in 1999.

A big project for the company at the moment is building the Yongin Light-Rail Transit system, which will open this July. Bombardier Korea said that the transit system is “environmentally-friendly” and “does not produce any pollutants such as exhaust gas” because it operates on electricity.

“We are extremely proud to be able to bring such a leading, high-tech company into Korea,” said Henry Kim, chief country representative at Bombardier Korea. He added that Bombardier’s place as a pure Canadian company operating in Korea is rare.