Catch them if you can

Catch them if you can 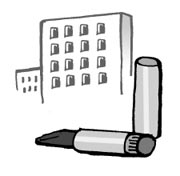 Jeffrey Skilling, the CEO of Enron Corporation, pleaded not guilty in court in October 2006, telling the judge, “I am innocent.” But he was sentenced to 24 years and four months in prison and fined $45 million, the heaviest punishment ever imposed for corporate crime in the United States at the time. His defense attorneys requested that his sentence be reduced by 10 months so that he wouldn’t have to be imprisoned with the perpetrators of blue-collar crime, but the request was flatly rejected by the judge.

A leading businessman, once chosen by Fortune magazine as one of the most respected CEOs in the world, was destined to live with murderers and rapists for the rest of his life. Skilling could insist on his innocence because the “magical accounting techniques” Enron had mobilized belonged to a gray zone between legality and illegality. But he was charged with fraud and brought to justice in the end.

The main tool Enron deployed for criminal purposes was its “special purpose entities.” The company established some 3,000 of them to hide billions of dollars of debt from failed deals and to conclude dual contracts. The volume of data on business transactions with these legal entities amounted to 120,000 pages. It was, therefore, impossible for the chief finance officer and the company’s directors to grasp the situation.

But there was at least one clue that could have shed light on what was really going on at Enron. It was the fact that the conglomerate did not pay a single penny in income tax for four to five years before going bankrupt. Although they window-dressed the company’s accounts to make it appear as if they were making a profit, the Internal Revenue Service could not levy any tax because the profits had ultimately disappeared. Tens of thousands of employees lost their jobs and severance pay, and investors suffered from damage worth billions of dollars, Malcolm Gladwell wrote in his book “What the Dog Saw: And Other Adventures.”

Recently, Goldman Sachs was accused of fraud, too. According to press reports, the company deceived investors when it sold collateralized debt obligations that included subprime mortgage-backed securities. It was revealed that the company that created the CDO had actually bet that CDO prices would decline. So it made a fortune when the value of the CDOs plummeted as a result of collapsing housing prices.

As a result, Goldman Sachs earned big commissions while innocent investors went bankrupt. Although evidence supporting the charges has been presented, Goldman Sachs says it has been unfairly accused and the company plans to plead not guilty at its congressional hearing on Tuesday. The whole situation is reminiscent of the Enron scandal.

The lesson here is that when businesses try to cover up what they’ve done wrong, they make victims of innocent people. The authorities should be given greater authority to catch them in their lies.