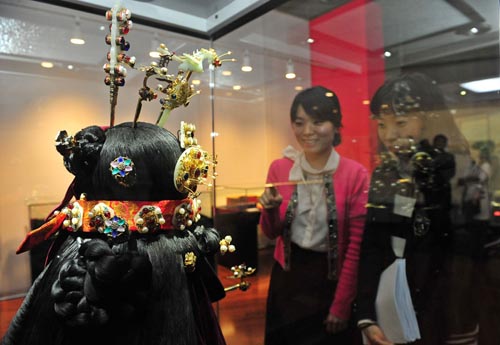 Viewers look at a ritual wig with ornamental hairpins once used by Crown Princess Euimin (1901-1989), who is also known as Queen Yeongchin, at the National Palace Museum of Korea, located within Gyeongbok Palace in central Seoul. It is part of an exhibition featuring 333 items of clothing and ornaments owned by Crown Prince Euimin, the last crown prince of the Joseon Dynasty (1392-1910), and his family. The exhibition goes until May 23. [NEWSIS]