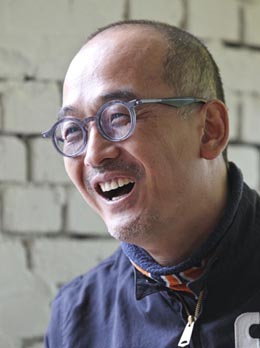 Actor Hwang Jung-min and director Lee Joon-ik, two giants in the Korean film industry, have walked very different paths to success. But their much-anticipated film “Blades of Blood,” which brought them together for the first time, has given them a new definition of the word.

The film, a period piece set in the Joseon Dynasty (1392-1910), is set to hit theaters nationwide today. It has already been sold to as many as five film distribution companies overseas in Belgium, Germany and Luxemburg.

Hwang, 40, who has had a 16-year career on stage and screen, is now an A-list actor. But he hasn’t always been so popular. He went through a long struggle for recognition, with people saying he “didn’t have the right face for film.” He even considered giving up his dream. But his big break came when he was cast in “Waikiki Brothers,” a 2001 film that was a sleeper hit in Korea. In his role as a hopeless drummer, Hwang left a strong impression and earned favorable reviews.

Lee rewrote Korean film history as the director of the 2005 mega hit “The King and The Clown.” The film was set in the Joseon Dynasty and depicts the lives of the “gwangdae,” or entertainers, in ancient Korea who satirized the “yangban” or ruling class. It made waves here and abroad for its overtly homosexual subtext. The film has held the No. 1 position in terms of ticket sales in Korea since 1997, when the Korean Film Council began collecting the data, beating formidable films such as “Harry Potter and The Sorcerer’s Stone” and “Avatar.” 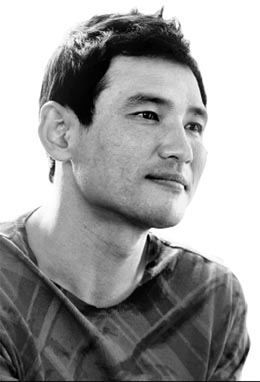 Blades of Blood provided both artists with an opportunity to shift gears and take on new challenges.

After playing an innocent man who falls in love with an actress in his first TV drama in June, Hwang was looking for a strong character to play.

Lee was under pressure to live up to his label as the “10-million director,” a reference to his King and Clown success, after his 2008 film “Sunny” flopped.

At a recent press conference, both Hwang and Lee said they are happy with their new film.

In the film, Hwang plays the role of Hwang Jeong-hak, a blind but legendary swordsman who chases Lee Mong-hak, a former fellow swordsman. Lee, played by Cha Seung-won, is a power-hungry swordsman who has ruthlessly murdered his opponents in a bid to overthrow the Joseon Dynasty.

For Hwang, making the film presented a physical and mental challenge, as he had to swing around a sword with his eyes closed.

“The action scenes were O.K., but portraying a blind man was very difficult because it’s something that I haven’t experienced,” he said when asked about the difficulties he faced during production. “So I went to schools for the blind [to observe their movements], but it still wasn’t an easy role to play.”

When asked if he was ever injured during the action scenes because he couldn’t see what he was doing, he said, “My fellow actors treated me well.”

Hwang laughed as he revealed, “This is a secret but I would open my eyes a little whenever the cameras weren’t zoomed in.”

Meanwhile, this film was not an easy one for Lee, the director, who confessed that he struggled to follow his own act after the high of The King and The Clown and the low of Sunny.

Lee, who has made three period pieces altogether, added that making this kind of film is “a very tough and difficult journey.”

With Blades of Blood, he adds yet another dimension to the historical depictions of Korea on film.

“It was hard to create a whole new story set in the Joseon Dynasty,” he said. “But I believe a well-made period film represents one country and culture because period films mirror society, culture and all.”