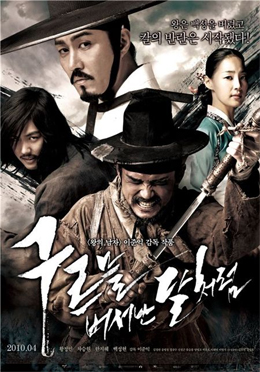 If you’re a foreign national in Korea, it can be difficult to find a place to watch a first-run Korean film with English subtitles. There are a few organizations and a handful of movie theaters that do screen these films with subtitles. But the screening times can be limited and the locations not always convenient.

That’s about to change, as the number of theaters offering screenings with subtitles is soon set to increase.

The expansion of the English subtitle service is aimed at promoting Korean film among foreign residents in the country.

The service was first introduced last year, when 10 Korean films were screened with English subtitles at two theaters in Seoul, drawing about 20,000 foreign visitors, the release said.

This year, four CGV theaters were added, with locations in Gangnam, Yongsan, Myeongdong and Guro.

“These four theaters are located in places where there is a large expat population,” said Kim Dae-hee, an official at CGV who is in charge of promoting the English subtitle service.

“We also hope this service will appeal to Korean students who want to learn English,” Kim added.

“Blades of Blood,” which opens at theaters nationwide today, will be the first film screened as part of the expanded service.

Blades of Blood, directed by Lee Joon-ik (“The King and The Clown”) is a period film set in the Joseon Dynasty (1392-1910). “Maid” by Im Sang-soo, “Poetry” by Lee Chang-dong and “Dreams Come True” by Kye Yun-sik are also among the 20 films chosen.

The films will be screened more than three times a day, and foreign fans will be invited to special events designed to help increase their understanding of Korean film, officials said.

The city government is also planning to include subtitles in other foreign languages, including Chinese and Japanese, in the second half of this year, the official said.