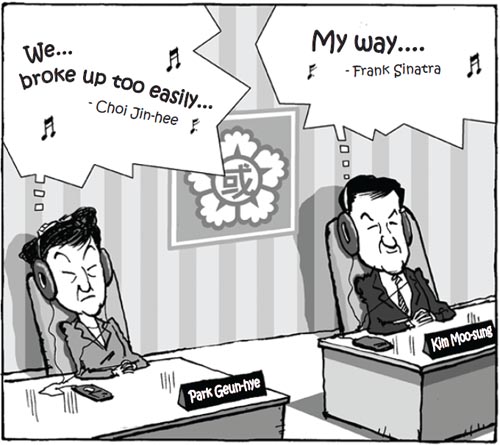 Kim Moo-sung, a fourth-term lawmaker of the Grand National Party, announced April 26 his bid to become the floor leader of the ruling party. Kim was widely considered a close aide to Park Geun-hye, former chairwoman of the party, who leads her own faction. Kim is running without Park’s endorsement.