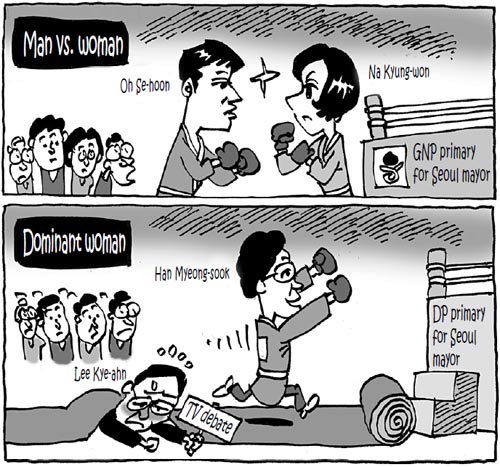 Incumbent Seoul Mayor Oh Se-hoon will compete with Na Kyung-won, a lawmaker, in a close Grand National Party mayoral primary in the nation's capital. But Han Myeong-sook, a former prime minister under the late President Roh Moo-hyun, is set for an easy win in the Democratic Party primary over Lee Kye-ahn, a former lawmaker who demanded a TV debate.