Scenes from last year’s Seoul World D.J. Festival. The 2010 event will take place at Nanji Park on the Han River on Saturday and Sunday. Provided by IdeaMasters

The Seoul World D.J. Festival invites music lovers to come out to the river for two nights of earthshaking music, exciting competition and community spirit this Saturday and Sunday. Set against the backdrop of the Han River’s Nanji Park, the fourth installation of the festival is a place for musicians, artists and the public to share ideas while dancing under the stars.

This year’s festival features foreign artists such as the Freemasons from the U.K., Dirty Disco Youth from Germany and Fantastic Plastic Machine from Japan, alongside popular Korean D.J.s such as Lee Sang-eun and Prana.

In one unique festival program, called Silent Disco, which has been a sensation at D.J. festivals outside of Korea, participants wear wireless headsets that stream the D.J.’s music right into their ears. 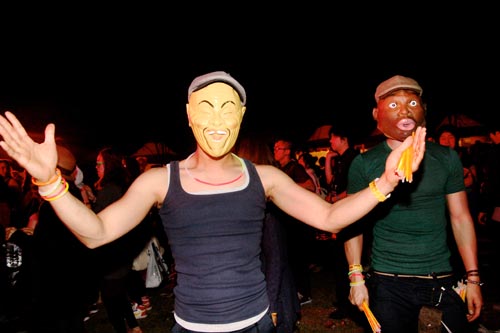 Another highlight is a competition between Japanese and Korean D.J.s, called the “No Tricks Battle International League Korea vs. Japan.” It is the first competition of its kind since the festival’s inception.

Another event called Festiville gives visual artists, D.J.s and participants a place to meet, exchange music, culture and more. Through the event, 22 local artists will set up booths where they will share their talents with festival attendees. One group, La Percussions, comprised of Brazilian percussionists, will give demonstrations about the music of Brazil. Another group called O.F.F., which consists of college students majoring in fashion from all over Korea, will hold fashion shows and seminars, provide makeovers and hold raffles with fashion accessories.

“Avid dance lovers who do not want to compromise their passion for dance with rules of social etiquette should be excited about these events,” festival organizers say. 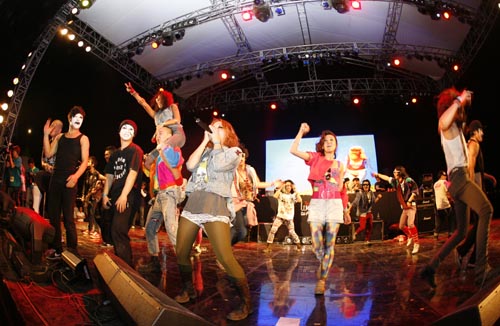 *The Fourth Seoul World D.J. Festival will take place on May 8 and 9 at Nanji Park on the Han River. Tickets cost 55,000 ($50) on the day of the event. For more information, visit the official Web site at http://worlddjfest.com.